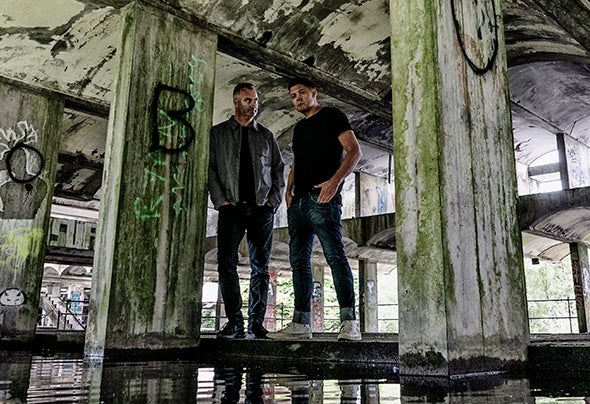 2019 will be a big one in the career of the dynamic Glaswegian duo SLAM (aka Stuart McMillan & Orde Meikle). With their Soma label now beyond 600 releases on it's epic journey, Slam remain firmly committed to the future of the Techno scene in the global arena and in their home city. SLAM instigated Glasgow's underground House music scene in the late 1980s, going on to be instrumental in the explosion of the UK Techno scene, and their exploits have seen them travel, leaving scorch marks on dance-floors far and wide while taking their uncompromising musical vision around the world. Their monthly clubs in Glasgow, 'Maximum Pressure' and 'Return To Mono', are ranked amongst the best nights out on the planet, while their Riverside Festival, now in its 7th year is the biggest underground electronic music event in Scotland. The duo can also be found curating the weekly 'SLAM RADIO' podcast featuring the best that proper Techno has to offer, now surpassed 300 episodes, still retaining it's quality and credentials, providing many cutting edge artists with exposure.On the production front the duo appear unstoppable with releases via Soma furthering their uncompromising work on dance-floor dedicated high-impact music. With their complete world-renowned 'Soma Track Series' and a string of singles and original material exploring the tougher realms of Techno, Slam are always pushing the boundaries, never restrained by normality. Their 6th studio album ‘Athenaeum 101’ showcases a more reflective and deeper side to their productions revolving around 101 BPM, with Stuart & Orde continuing to redefine an electronic music world of their on creation.