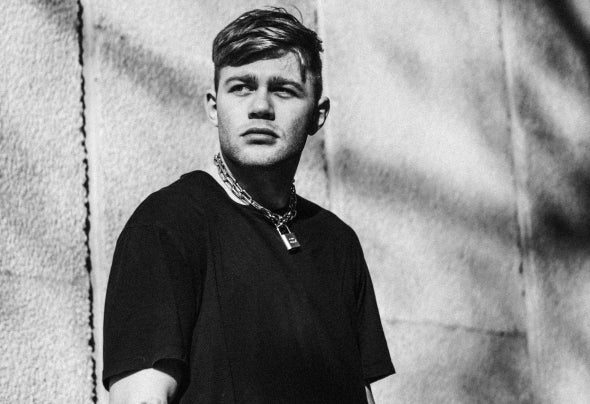 Emerging from where Rhône and Saône confluence, Lyon born Angioma is constantly in a flow. When it’s about keeping the joy for grooves up, his musical style grounds the path between peak time techno and jacking house music - as for what his entourage likes to call exotic techno. After contributing his art from Barcelona for a period of time, moving to Berlin in 2020 has been a logical step for the dj and producer. Being no stranger to the modern house and techno community, he gained much deserved attention after contributing EPs to top labels like Tronic, Analytic Trail and SoUs Music, including a remix by legendary techno icon Anja Schneider. But there was way more music to be dropped. Highly inspired from several cultural streams and artists like Marilyn Manson, Andy Warhol or Alex Grey, Angioma clearly decided to build his own brands and labels to reveal his sound with his associate Blanka. The well known project ROOM is only one of those, with Room Trax as digital and vinyl imprint as well as Room Lab as contemporary space for arts with local studios and networking hubs of any kind. With appearances on well respected venues like Input Barcelona, Egg London or La Clairiére Paris, Angioma manages to handle the crowd in his own, unique way. Never leaving behind the certain flow needed for that. Tune into Be-At TV’s VoxNox lockdown stream now to convince yourself.