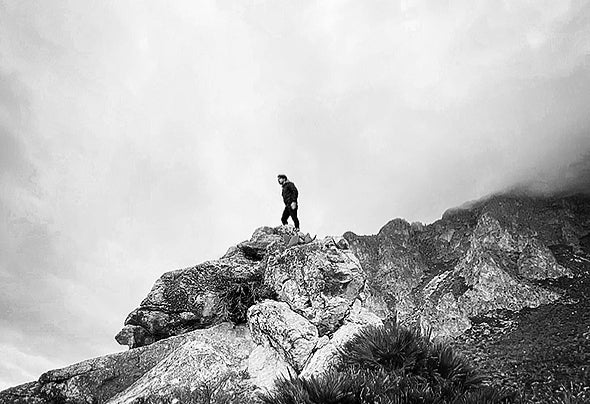 Electronic music artist and Mind Games Recordings founder. Luca Maniaci is a young artist from Palermo (Italy), born in 1990 in a small town near the Sicilian sea. Thanks to his mother, Luca grew up listening to quality music of various genres. It was during his adolescence that he discovered electronic music and started DJing, producing and releasing music, even on well established record labels. Over the years, his music has been played and supported by dozens of well known DJs of the electronic music scene. Luca is a very eclectic artist, year after year he produced different styles of electronic music, until he found his path in techno music, but he has a 360° musical culture: Apart from many different electronic music genres, he loves 60/70s Psychedelic Rock, Blues, Jazz, Classical music, Old School Rap and Hip Hop and so on. The older, the better! Luca is a huge fan of Pink Floyd and The Doors, just to name a few. In 2017 Luca launched his own record label Mind Games Recordings, where he releases his own music alongside well known names from the scene as well as new undiscovered talents that fit with Luca's concept of techno music. As of 2022, Luca has about a decade of musical productions behind him.