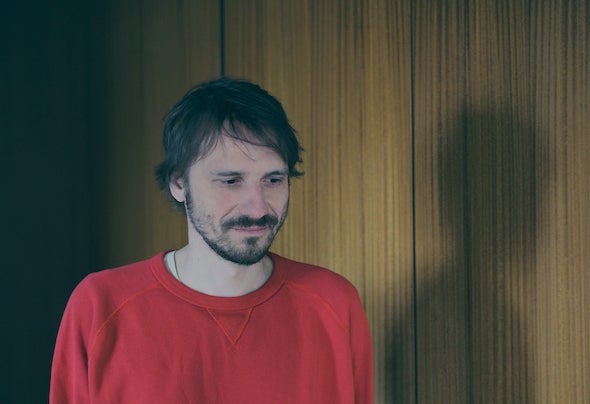 Sascha Funke Biography 2017 Time and space are shifting, the objective world dissolves and the body becomes shapeless: of all seven arts, music is the only one that has the power to kick people immediately into a sublime journey through sound. Since his childhood the Berlin-born DJ and producer Sascha Funke knows about this energy. Growing up in the shadow of hammer and sickle in the East-Berlin’s Lichtenberg district, he sang, from early age, Communist songs with the young pioneers. In the evenings after school, he quickly turned on his radio, pressed the recording button of his double-tape-deck, and recorded mix-tapes with music from the West, to which he danced all alone in his childhood room. This abruptly changed when the wall came down: the Berliner bought his first Vinyl: Technotronic: Megamix. A short time later Underground Resistance records entered his record shelf and from that moment on he was captured by the power of techno and the wild undefined Berlin days and nights of nineties. He intensively went dancing in legendary clubs like the Walfisch or E-Werk, he began to throw self-organized parties in youth clubs, got his first DJ engagements in the clubs like SO 36, and started early attempts as a producer together with Paul Kalkbrenner. At the start of his twenties he called Ellen Alien’s label (BPitch Control) his new family, also releasing his first EP Campus on the Cologne based label Kompakt, and started to DJ regularly in clubs like Ostgut, WMF, Maria am Ostbahnhof, and Tresor. At festivals such as Melt or Sonar his name was permanently on the bill. And he danced continually, as before in his 12 square metered room. But this time, not alone. Instead he found himself in the midst of a new youth culture that keeps people moving around the globe breathlessly, even today. During all that time Sascha Funke never stood still as a producer either. He has released three albums and various EPs for BPitch Control & Kompakt. Haunting tracks like Bravo or Mango, which can be found on the soundtrack of the techno movie Berlin Calling, became club hits. In addition, he produced numerous remixes for friends like Ada, Thomas Fehlmann, Gui Boratto, Heartthrob, Paul Kalkbrenner or Superpitcher, as well as Indie-rock bands like Foals. Musically no release copies its predecessor: ambient, house, minimal, techno, electro, synth-pop, experimental electronic - from record to record, from track to track, he always zigzagged his art with fresh musical turns full of haunting grooves, bass-lines, and melodies. Creative standstill was never his style. His latest project Saschienne from 2012 impressively proves this. Together with Julienne Dessagne (who also releases solo works under the alias The Twins/ Fantastic Twins) he produced the album entitled Unknown and seduced with its melodic and deeply moving amalgam of pop songs, chanson, the repetitive magic of the techno and live-recorded instruments. After the release the duo toured around the world and further introduced their work with a dynamic live show. When Funke was not on stage with Julienne or spending his time with her and their son, he was occupying his weekends by playing his current favourite tunes and classics in some DJ booth around the world. Now (most likely) the only Berlin-based producer that supports 1.FC Köln has locked himself in the studio again and produced four new tracks the label Multi Culti, which celebrate techno darkly with melodies full of New Age and Krautrock spheres, cosmic trance moments and a slower BPM power. As well he released on Tiga’s Canadian label Turbo Recordings the EP "IFA" and delivered four enchanting tracks between bewitched minimal tribal, twisted piano house, stomping psychedelic and space techno. And there is also a new solo album in the pipeline. It will be called "Lotos Land", will see the light of the day on the Japanese label Endless Flight and presents the 40-year-old as a musician, that transcends deep felt emotions into a multidimensional ocean of sound. Those who would like to hear first impressions of his newest musical output should come to one of his DJ gigs - Sascha Funke likes to play unreleased sounds in DJ sets, which lately go beyond the average definition of techno and house and also present disco, wave, electro, cosmic, Krautrock and early electronic dance music. All mixed up with passion in order to kick all dancers into an unpredictable emotional journey, in which their bodies become absolutely unrestricted and bodiless.