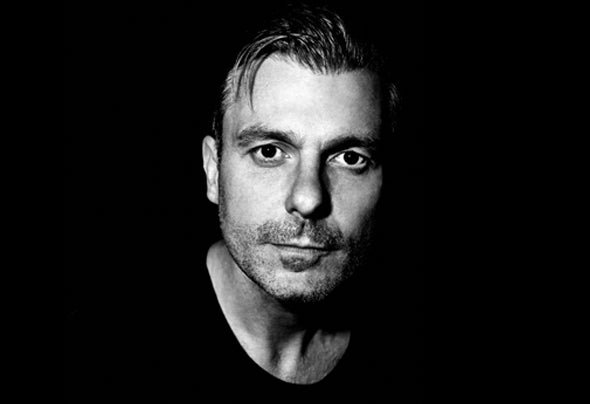 Darren Emerson is one of a handful of bona fide globaldance music legends.Alongside UK peers such as Carl Cox, Sasha and John Digweed, Darren Emerson helped create the template for the underground dance music scene we enjoy today.And uniquely, Darren wrote and produced million selling albums and singles as part of the award winning seminal British electronic act, UnderworldA naturally gifted and instinctive DJ, Emerson began mixing hip hop records at the age of 14, and by 16 was DJing regularly at local venues in his native Essex. A paid up founder member of the acid house revolution, he immersed himself in the music and culture and quickly acquired a reputation as one of the top British DJs pioneering the tougher techno and jacking house sounds emanating from Chicago and Detroit. Part of the influential Boys Own collective, demand for Darren’s services grew and the early 1990s saw him playing at all the top clubs in the UK and beyond. Indeed, anywhere that acid house had taken root, you’d find Darren flying the flag – a smiley one, naturally – for this thrilling new sound.As the dance scene matured Darren’s musical direction moved away from the New York garage and Italian house tunes that then dominated the cool underground clubs and toward the more percussive, dubby and bassline driven sounds of the burgeoning progressive house movement. This resulting in him releasing his first production as Lemon Interrupt on the legendary Junior Boys Own imprint.From this very first production it was clear that Darren was as proficient in the studio as he was behind the decks and, at just 18, Karl Hyde invited Darren to become the third member of electronic band Underworld. Karl’s decision proved prescient, as Darren helped take their sound in a more progressive house and techno-infused direction, connecting directly with the hearts and minds of underground clubland’s acolytes.Released on the ultra credible Junior Boys Own label, 1993's dubnobasswithmyheadman was the band’s commercial breakthrough and a landmark album in the evolution of British electronic music.Among the album’s many highlights was Dark & Long, cited by DJ Magazine in 2011 as one of the key 100 House records of all time.While working on their second album, 1996's Second Toughest in the Infants, Underworld released the single Born Slippy, an instant hit and UK number 1 single following its inclusion on the soundtrack to the cult movie, Trainspotting. As equally critically acclaimed as its predecessor, the album spawned the dancefloor monster Rez, described by Radio 1’s Zane Lowe this year as the best dance record of all time.1999’s Beaucoup Fish was the final Underworld album Darren was part of. During his time with the band they sold over a million albums worldwide and became mainstays of the global festival circuit, taking techno and dance music into the stadium rock arena for the first time.By now Darren had emerged as an in-demand remixer, with remixes for acts as diverse as The Chemical Brothers and Bjork.Darren parted ways with Underworld in 2000 to concentrate on his solo career as a DJ and producer, and to start his own label, Underwater. Releasing a slew of dancefloor classics including the enduring Ibiza anthem – Scorchio, Darren’s own collaboration with Sasha – Underwater quickly established itself as a respected global dance music brand.Gaining its own residency at Ibiza’s legendary Pacha nightclub, the Underwater night won “House Event of the Summer “ at the DJ Magazine Awards and was voted Label of the Year 2003 at the same awards.Reinforcing his position as one of the world’s biggest underground DJs, Darren was invited to compile and mix compilations for the influential Global Underground series : 2000’s Uruguay and 2001’s Singapore. A third installment, Bogota, followed in 2009.Darren spent the last few years roaming the globe working on an album project with Australian psychedelic popsters Empire Of T he Sun, but he’s now back in the UK and ramping up his DJ and dance music production career. Look out for his new label imprint the techno and tech house driven DeTone, releasing productions from Darren himself as well as tracks by established names and up and coming talent that has caught his ear. Darren’s first new track in 3 years “Hyper City Missiles” is already out and doing the business with key support from the likes of Carl Cox and Dubfire.He is also one half of the critically lauded The White Lamp project which released deep house bomb “It’s You” on the scorching hot Futureboogie label and which made both Resident Advisor and Mixmag Top 30 Tracks of 2012. With great support across house music’s new and old guard expect to hear a lot more from the Lamp camp going forward starting with the next single “Make It Good” on the revered Sonar Kollectiv label“Underground dance music is the healthiest it’s ever been,” says Darren. “The strength and depth of this sound has truly gone global, and it’s a tremendously exciting time. Make no mistake, 2013 will be a landmark year for dance music.