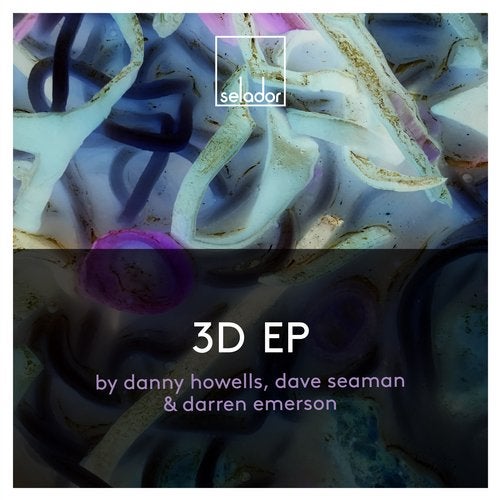 Something that started out as a bit of fun between 3 long time friends has quickly taken on a life all of its own as Danny Howells, Dave Seaman and Darren Emersons 3D project continues to gather pace.

Following their first gig together at the Ministry Of Sound in London one year ago, the intrepid trio have already left their mark on some of the best clubs in the World and now embark on their first release together as each contributes an original production to this EP.

Earthlings X is Danny Howells first new original music in 6 years. He readily admits it has been this project that has been the catalyst in inspiring him to return to the studio and promises this is just the start of things to come. It carries all the hallmarks of the Howells sound. Deep and sophisticated, steadily increasing in intensity before you unwittingly find yourself enveloped in a cocoon of warm electronic goodness. Danny & the feel good factor - if thats not a band name waiting to happen we dont know what is?! Spot the sample anyone?

Seladors very own Dave Seaman then returns to the label with another wonderfully titled outing in Hired State Of Unconsciousness but dont be fooled by the play on words of Josh Winks classic, this is no peak time acid banger. On the contrary. Revolving around an incessant bassline and Mind, Body Soul vocal motif, its charm lies in its repetitive funk. Time to get your groove on.

Darren Emerson has stepped up his musical output quite considerably over the last 12 months with an impressive string of high profile releases for the likes of Carl Coxs Intec and John Digweeds Bedrock and thats all set to continue as he opens his account for 2018 with Brooklyn. A sharp-as-a-knife, funky techno workout with a relentless, unswerving energy. Hands up, heads down material.