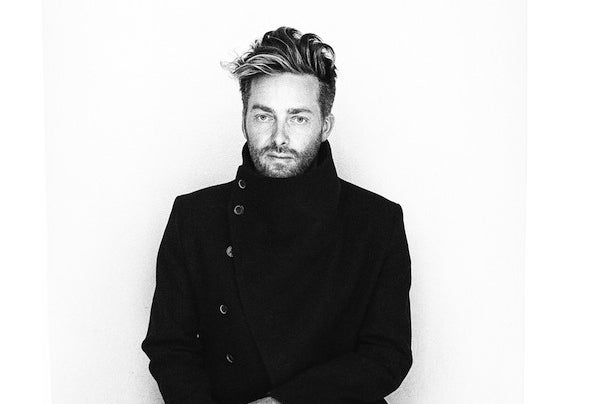 From Burning Man to Watergate to Coachella and beyond, you’ll often find Adam Freeland behind the decks, igniting minds and dancefloors alike. With 17 years of extensive global touring history behind him, you might have caught the U.K. born Grammy-nominated DJ/producer whipping up main-stage audiences at the world’s biggest festivals – or reveled in him dropping deep and dirty sounds in the most discerning underground clubs across the globe. True to his crate-digging roots, you never know what you’ll hear at a Freeland gig. Immersing oneself into his catalogue of original productions and DJ mixes makes clear Freeland’s musical knowledge runs deeper than passing dance-music genres and trends. “As soon as you attach yourself to a sound and scene, your true creativity lies down to die,” Freeland says. That’s clear from the range of styles and genres captured on Freeland’s pioneering Fabric Live mix (which stemmed from Freeland’s longtime residency at London’s legendary Fabric club) to his Global Underground, to his entry in the legendary Back To Mine series (which showed influences so diverse, it ignited controversy about what constitutes a DJ mix) to appearances on BBC radio shows and his own Internet-dropped sets. Throughout his career, Freeland has always been as much a recording artist as a record spinner. Many of his productions have appeared on Freeland’s renowned Marine Parade label, like his groundbreaking U.K. top 40 hit, “We Want Your Soul.” Freeland’s essential re-edits, like his infamous chop-up if Nirvana’s “Smells Like Teen Spirit,” consistently prove an underground sensation. Meanwhile, Freeland’s remixes have gained mainstream acclaim – his take on Sarah Vaughn’s “Fever” garnered a Grammy nomination. It’s all part of Freeland’s ongoing plan to turn the masses on to the most forward, challenging electronic grooves – all while rocking the party. In reaction to electronic music exploding into a mainstream throwaway pop culture of ever decreasing attention spans, recent times have seen Freeland take his sound into deeper territory. “In a world full of disposability, I don’t even want to try to compete,” he explains. “ Without compromise, I want to play music from my heart, that of quality, depth and integrity. From my experience, when I play the music that I want to hear, there is always a crowd who will really appreciate that”.