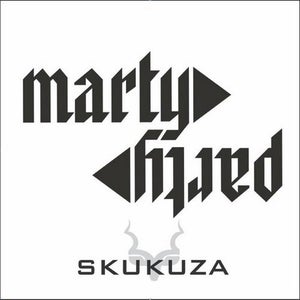 Born and raised in South Africa, found his way to San Francisco 15 years ago as a software programmer. After discovering the music of the west coast and wanting to "Africanize" it, Marty picked up Ableton Live and began to learn the art of music production in 2007. Since 2007 MartyParty has produced sets of original music that range from melodic instrumental hip hop, to bassline oriented dubstep. MartyParty has started a movement back towards the power of the melody and the harmony in electronic composition. Song writing has always been Marty's passion instead of the typical beat style dj production. The music is a hybrid of electronic music and hip hop that together forms a totally new flavor of urban beat with the pretty hypnotic elements of electronic music and hard-hitting bass. The MartyParty live performance is an intense journey that pulls together the MartyParty songs overlaid with urban samples triggered live. The result is a true "crunky" and "hyphy" experience like no other. Marty has been playing his live sets to crowds all over the US and Canada solo with Mimosa and on the Monseters of BassTour and with Ooah (of the Glitch Mob) as PANTyRAiD.. MartyParty has teamed up with The Confluence and is releasing 3 new digital EP's Skukuza, Letaba and Satara - look out for the MartyParty experience on all major digital stores.. All tracks written and produced by Martin Folb. www.MartyParty.org