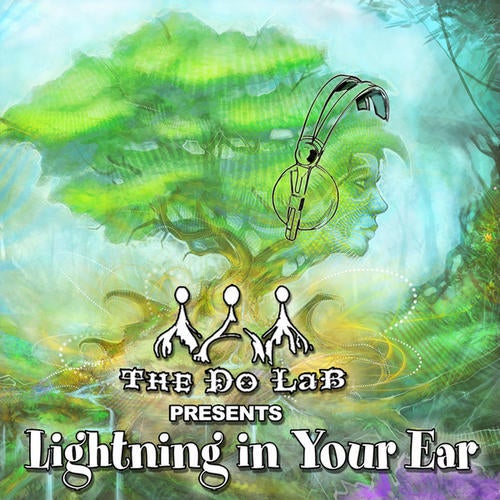 The 2010 Lightning in a Bottle artist compilation to benefit CriticalBeats.org 100% of the proceeds will go directly to help preserve indigenous cultures in the Amazon who shared their music along with the artists on this collaboration. The history of LIB spans more than a decade, and friends, family, and co-horts of The Do LaB are thrilled and astounded that it's been more than ten years of making miracles and catching Lightning in a Bottle! Together with all of our friends we will converge on a beautiful new location and transform it into a wonderland for the senses, once again capturing Lightning in a Bottle. The event entailed 4 days and 3 nights of activities and entertainment including music, performances, inspiring art, yoga and meditation classes, sustainability workshops, clothing and craft vending, tasty organic foods, camping and more! THE VERY BEST The history of this three piece is one of fate and chance above anything else. In 2008, the three men worked together to create a project known as 'The Very Best', releasing a critically lauded free mixtape through the label GREEN OWL in collaboration with other indie artists, including M.I.A., Vampire Weekend, Architecture in Helsinki, BLK JKS, Santigold and the Ruby Suns. On the heels of the mixtape, The Very Best produced their first full-length album, Warm Heart of Africa, released digitally in August 2009 and released physically in October 2009. After their collaborations with Vampire Weekend and MIA The Very Best continued across the globe in a circus of press. THE GLITCH MOB The Glitch Mob is dropping the filthy sounds of the future up and down the West Coast and around the globe, crunking out crowds left and right and conquering the bodies of all who stumble into the insane dance riot that is a Glitch Mob show. The boys have pulled music out of the headphones and put the emphasis back on the live musical experience, and the community that is created from the energy on the dance floor goes absolutely freaking bananas to their obese bass licks and cut-up vocals. NICO VEGA Nico Vega is a self-proclaimed way of life. They are an American rock band from Los Angeles, California, formed in 2005. The band consists of lead singer Aja Volkman, guitarist Rich Koehler and drummer Dan Epand. Comparisons have been made to The White Stripes in that they have never had a bass player. The band is known for their dynamic live performances led by singer Aja Volkman. Her vocal style has been compared to that of Janis Joplin. Nico Vega is currently touring the US. MARTY PARTY Marty Party aka Marty Folb was born in South Africa where he was influenced by the tribal music surrounding him. Marty started a movement back towards the power of the melody and instrumental composition. Song writing has always been Marty's passion instead of the typical beat and loop style production. The music is a hybrid of electronic music, dub-step and hip hop that together forms a totally new flavor of urban beat with the pretty hypnotic elements of electronic music and hard-hitting bass. BEATS ANTIqUE Beats Antique creates a definitive union between the old and new. Tribal Derivations is centered in Middle Eastern belly dance, down tempo hip hop, old school jazz, classical Indian and North African Gnawa music. Zoe Jakes, an innovative tribal and tribal fusion belly dancer, has co-produced, with Sidecar Tommy and David Satori, a refreshing musical take on an antique aesthetic. Also Featuring : Adam Freeland , BLVD, Lynx and Janover , Kraddy, Rena Jones, Ianator, Govinda, Vagabond Opera, Vokab Kompany, Random Rab, David Starfire, Eliot Lipp, Peter Goetz and more . . . credits released 21 September 2010 All tracks written and produced by the artists themselves unless otherwise specified. THE DO LAB Based in Downtown Los Angeles, The Do LaB is an ensemble cast of creatives ranging from artists,event producers, lighting designers, DJs, constructors, welders, costumers, musicians, and the performance troupe Lucent Dossier. Since 2000, The Do LaB has been dedicated to treating experience itself as the art form. Their exceptional annual events-including the Lighting in a Bottle Music Festival-and jaw-dropping, large- scale art environments, have been attracting a devoted following among the West Coast's underground creative community, and around the world. *The Do LaB's portfolio includes clients such as the Coachella Music Festival, Ford, Audi, Red Bull, Scion, The Virgin Music Festival, Speakercraft, Esquire Magazine, AIDS Project Los Angeles, Stop Aids Organization, and many more. The Confluence Full service integrated marketing and management solutions for lifestyle brands and artists. Bringing ideas together is nothing less than art. www.TheDoLaB.com www.CriticalBeats.org www.TheConfluenceGroup.com

The Do Lab Presents: Lightning In Your Ear