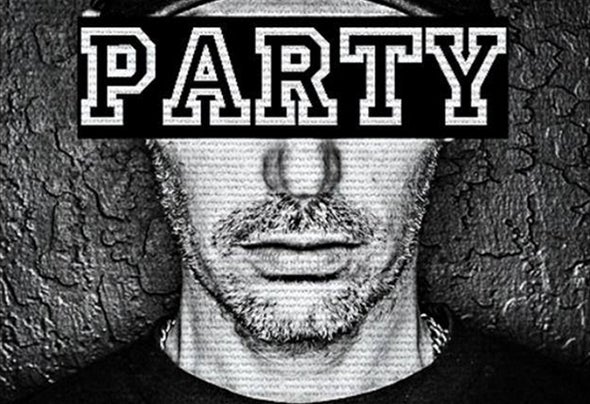 Whether performing as a member of PANTyRAiD, or through solo performances as MartyParty, Martin Folb brings a fresh breath through the EDM community with his musically diverse, all-original live shows that have been widely regarded as some of the best in the business. The South African-born Brooklyn native has been storming festivals and clubs through North America with his original style of seductive and melodic bass that crosses over the genres of hip hop, trap, dubstep, and EDM. The result is an amusement park ride through a symphonic purple odyssey that explodes into a one-of-a-kind live experience.“I just want to make kids freak out and let loose – we all came to party – I make a party – you have no choice but to get into it – young and old – one thing is for sure, you’ll going nuts.” – MartyPartyWith headlining spots on the Monsters of Bass Tour, Lightning in a Bottle Festival, Camp Bisco, and more, MartyParty’s live set is a seamless voyage through his original music collection, taking the audience on a melodic journey through emotion and dance. Intense bass, huge beats, melodies, and cutting edge sound design all come together for a wild trip that is pointedly unique to every performance. He has also shared the stage with names such as the The Glitch Mob, Skrillex, Bassnectar, and Steve Aoki, not to mention countless chart-topping releases with his partner on the PANTyRAiD act, Ooah of the Glitch Mob.Over the past 2 years, MartyParty’s prolific releases have been prominently and frequently featured in industry tastemaker charts such as iTunes, Beatport, and Addictech. His growing anthology crosses over hip hop, bass, and dance music.. This colorful diversity in his tastes, makes Folb believable when he says “I’m not interested in emulating anything that has been done before.”With exponentially multiplying tracks under his belt, countless plays from some of the world’s biggest DJ’s, and a massive focus on the next step, MartyParty has set himself apart as a sought-after connoisseur in dance music. The goal is to bring an enthusiastic audience, never really knowing what to expect, and capture them with a spontaneous music event. The guarantee is that no set will ever be choreographed, and that your experience of MartyParty will always be different.