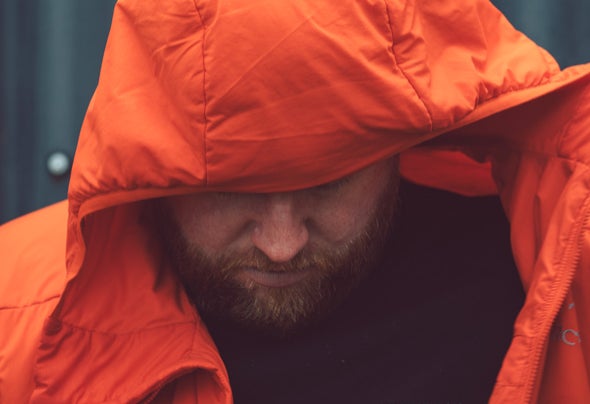 It isn’t uncommon for people to take a break from dance music and make a subsequent comeback, but not many people take a 15-year break in the Welsh wilderness then sign all 5 of their first completed productions to a prestigious imprint such as Bedrock. Up steps Aubrey Fry who has done just that, following the purplest of pandemic production patches during which time all other pursuits had to be put on hold. First came inclusion on John Digweed’s gargantuan 2021 Bedrock mix compilation sequel, Quattro II, with the track Hard featuring alongside contributions from luminaries including Robbert Babicz, Josh Wink, Darren Emmerson, Bushwacka!, Miles Atmospheric, and Quivver. This was shortly followed by his first solo release for the label in May 2021 with the 4-track Dystopia EP, featuring the tracks, Nature, Tyrant, Topaz and Dystopia. The EP successfully shows off the contrasting sides of Aubrey’s productions, with elements of breaks, techno, and electronica juxtaposed to great effect for audiophile listeners and dancefloors alike. Aubrey caught the DJing bug in 1996 after his mum bought him John Digweed’s seminal mix album, Renaissance: The Mix Collection, Part 2 as a Christmas present. That mix, alongside other genre-defining albums such as Carl Cox’s F.A.C.T cemented his love for beats and bleeps. Consigned to DJing in his bedroom for many years, as is often the way, Aubrey eventually started to get to play out at the odd local free party. But it wasn't until he moved to Brighton that he properly cut his DJing teeth, with regular spots in clubs like the Ocean Rooms, Escape and Funky Buddha Lounge. He soon became a resident for hedonistic, multi-genre club night Stompaphunk, playing alongside fellow Brightonians of that era, like Serge Santiago, Radio Slave and David Parr as well as heavy hitter guests including Derrick Carter, Craig Richards and James Holden.