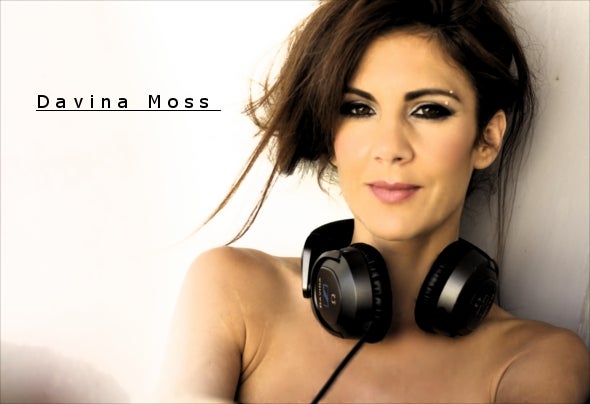 DAVINA is the fresh HOUSE /TECH HOUSE /ELECTRO /PROGRESSIVE /MINIMALTECHNO side of Davina SHE is a successful DJ and LIVE performing artist as well as being one of the worlds most in demand music technology tutors. She grew up in New Caledonia, a French island between Australia and New Zealand.With a background as a Dance choreographer and fitness instructor, she has always been deeply involved with music, sounds and rhythms. Over the years her music styles have spanned the far corners of Trance , House , Electro , Techno and Minimal and she has released over 200 tracks as well as producing albums and mix compilations .DAVINA was proud to present her first Progressive Electro cd released in 2008 on Wrecked records worldwide(USA) “FRENCH PROGRESSIVE”Davina’s production is flawless, integrating her unparalleled style with classic Electro and minimal beats elements.With a BPM range of 118 to 132 BPM... Davina’s soft, emotional, yet powerful side is spread out in true bright colors...she had been making some REMIX for one of the best band of all time ANDY TAYLOR from DURAN DURAN , ,electro -darktronik mix - Releasing as well some minimal Techno tracks with PUSH PUSH ( recs IBZ ) , IBZ Recording , remixes by ELIO RISO , DANIELE PET RONELLI /Mark RAMSEY / H2 and SYNT HET IC and many mores , Davina can provide one of the best MINIMALSET for the pleasure of the crowd, She has played at some of the most famous Clubs in the world and has performed at festivals ,playing to crowds of 20 000 right up to 60 000 people in Brasil ,Japan,Russia ,Ibiza,South africa ,Israel ,Australia,Chile,Mexico,Argentina and much more ......She has been Dj’ing in IBIZA in Huge clubs ,privates parties, beach parties , playing from Deadmau5 style to minimal tech, from MAETRIK ,and POPOF style to SASHA ,UMEK etc......Rocking dance floors over the past 12 years with her incredible energy on stage....Davina is now ready to break even more floors with her fresh new emotional, electro, touching, progressive, sexy tasting sounds, all wrapped by her special French Touch!!!2013-05-15 14:44:24 tattvasounds@gmail.com DavinaFacebook : DAVINA ELLE / DAVINA HOUSE www.soundcloud.com/davina-massive www.myspace.com/davinaprog