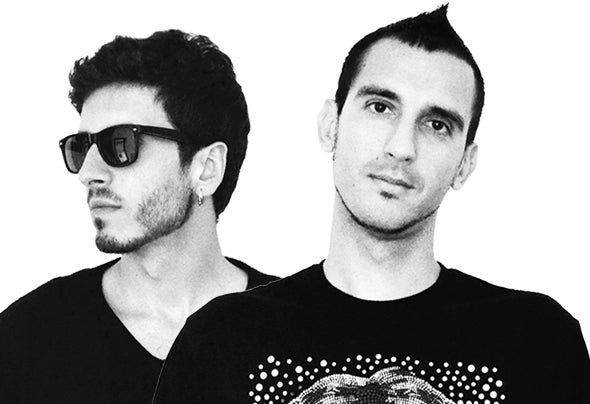 Rhythmoholia brings the best of both DJ and production worlds in their music and performances. Collaborative effort between DJ Dragan (Dragan Razic) and Atsika (Aleksandar Milicevic) resulting in one hell of a house music act. Energetic live production and DJ perfomances and inovative but solid house music tunes is what this duo insists on and they tend to push it further every time. Dj Dragan, is well known name in cruise ship industry. Since 2008 he is resident Dj onboard RCCL ships. He was playing house music since 1999, mixing it with disco, funky, latin, ríníb & hip-hop, making dance floors moving and grooving to the sounds of his live acts. In 2009 Dj Dragan was the best DJ by the ratings onboard ships in the world! He repeated the success in 2010 setting the ships highest target record ever. That provided him the biggest challenge in his dj career, take out of the Alure of the seas, the biggest and the most expensive ship in the world in entertainment industry at the moment. In 2010/11 Dragan worked for Atlantis organization and shared his skills with: Dj Abel Ramos, Dj PP, Dj Brat Henricksen, Dj Guy Smith, Dj Phillie B & Dj Wayne G. The other side of Rhythmoholia is Alex Milicevic, music producer and multi-instrumentalist with over 10 years of experience in professionalstudio and music production work. Alex, who is musical school graduate, started producing electronic music as a teenager, played in numerous bands, releasing albums, experiencing variety of music ganres production-wise, such as jazz, classical, indie-rock, electronica. Alex composed many classical pieces, produced and mixed many records, collaborated with many artist, and continuing that creative curve, joined DJ Dragan on Rhythmoholia project for a full- on ride into roller-coasting house music scene......Rhythmoholia is pumped with positive attitude, experience and knowledge and will push it to the limits because they aren't afraid to try something new