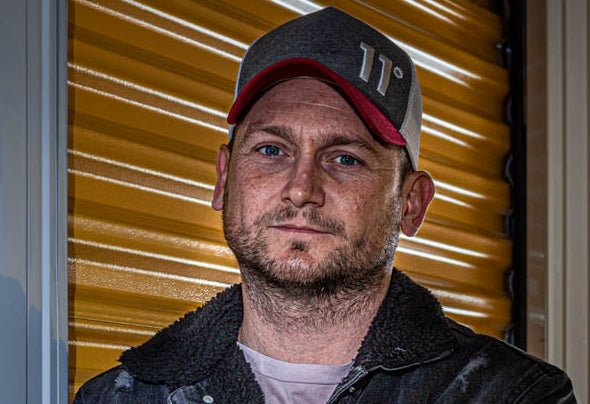 Col Lawton found house music in 2001 in the unforgettable underground house scene in Newcastle in the old Foundation 'Shindig'. Saturdays became the new religion of going clubbing and experiencing underground house music. Col was inspired by shindig DJ's Scott Bradford, Mark Lowry and Neil Bainbridge.Through this music experience Col found friends with the same passion for music which sparked a desire to learn to mix and blend House music, to do this he learnt from his best buddy Stu Welford well known around the music scene for perfect beat-matching mixing. After many years of learning and mixing Col and Stu struck up a DJ partnership playing BAK2BAK at house parties, pubs and clubs around the North-East of UK, as well as playing at festivals such as HANGAR500 and University nights in County Durham.Col's hard work on the decks paid off when he teamed up with David 'Robbie' Robinson the founder of Bobstock a successful House party whch spread into the Newcastle Nightlife pubs and clubs, Col became a hot favorite playing at events and festivals to this day under the Bobstock DJ banner.Col was given the tag as D90 early into his DJ career due to all his old D90 mix tapes he would make blending the silky smooth sounds of Naked Music and the legend of Miguel migs.Col's music and mixing has many an influence from the deep sound of Migs to the Chicago Jacking sound of Mark Farina to the atmospheric beautiful sound of Gorje Hewek, Lee Burridge on shanti moscow radio and all day i dream label. 2017 was the start of Col's new journey finally pulling all his ideas out of his head onto the producing table, in a short space of time he has managed a number of EP releases, linking up with a number of labels and slowly building up a reputation of becoming a good producer with an ear for producing a good house track.With determination and talent on his side watch this space for this up and coming DJ and Producer.