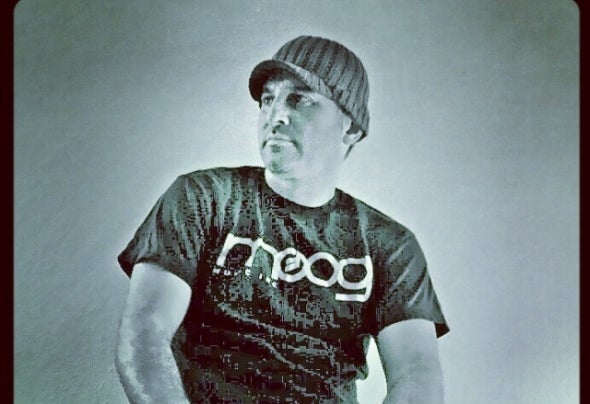 AJ MORA is a legendary pioneer of the Electronic Dance Music community. He is a prolific internationally renowned Remixer, DJ and Producer. He is considered one of L.A.'s most influential leaders in the industry. A true experienced original. With countless career releases and remixes to his name he is a veteran professional with no end in sight! Collaborations with icon artists like Donna Summer, he has also played along side major talent from our EDM community like; Sasha, Andy Caldwell, Late Night Alumni, Julian Jordan, Dubvision, Danic and Dyro, Trent Cantrelle, Them Lost Boys, Morgan Page, Louie Vega, Robbie Rivera, Richard Vission, Armand Van Helden, Roger Sanchez, Adam Auburn, Scott Blackwell, Oscar G and many others that have left a mark on the global dance scene. Through his music publishing company, Sketch Music Group, AJ’s work has been featured on HBO’s The Sopranos, Disney specials, ESPN and various other TV programming. AJ co-founded and co-owned the L.A. based indie label Aquaboogie Records and as a co-host on Powertools, the longest running FM radio mix show in the country, (105.9 FM KPWR Power 106) also has the chops for working the mic. He has held several residencies throughout the years. He has traveled the globe sharing his music and experience, countries including Switzerland, Germany, UK, France, Australia, Japan, Dominican Republic, South and Central America, Canada and Taiwan. His domestic and international success began with a #1 on Billboard’s 100 Hot Dance Music chart with his production and performance involvement with techno trio, The Movement, and club smash Jump Everybody! AJ has witnessed first-hand the heartbeat of the music that has shaped much of his life. He continues growing his worldwide fan base and appeal. As a performing Artist AJ provides a creative blend of DeepTechHouse and a unique TribalTech flavor with a Techno taste. AJ has a gifted ability to capture any audience with incredible creative programming skills and a mixing style that highlights his original talent as an artist before the synchronized computer software era. He brings a mix that moves every dance floor. AJ MORA is a must see live. In his home town of Los Angeles, California, he has played in some of the city’s top venues including; Exchange L.A., Room 86, Avalon, Playhouse, Tru, King King and House of Blues just to name a few.