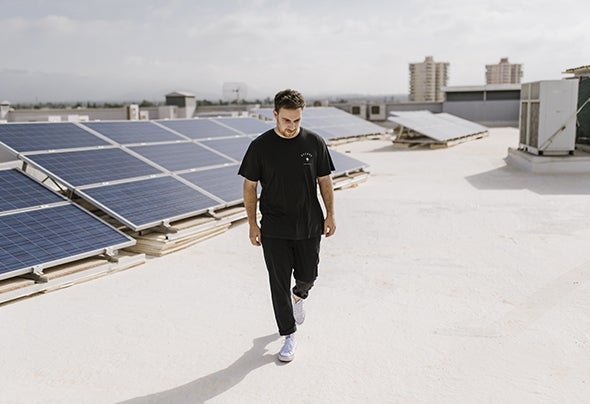 DJ. Producer. One third of electronic live band Round Shaped Triangles. A&R for the Sub_Urban label. An overall nice guy with a profound passion for all things electronic music, Guri has been on the forefront of the emerging Balearic house music scene since 2011.With releases out on the likes of Wolf + Lamb, Nite Grooves & Sub_Urban, a few to name, remixes under his belt for Metropolitan Jazz Affair & Life On Planets, and his own tracks remixed by heavy-hitters like Folamour, Kyodai & Phonk D, Guri’s sound is as tantalizing to the mind as it is to the feet. A heartwarming househead with a flair for filling floors.2017 i's been a good yeat for Guri. He made his "Everything I Do EP" for Sub_Urban. First track "Everything I Do" has reached the positon 2 and the second track "I Can't Back" position 10 on the Traxsource TOP 100 Deep House. Also "I Can't Back" had a strong support, played by great artsist like Claptone, The Mekanism and Jamie Jones at Circoloco Closing Party 2017 and many more.Guri has been nominated the number 42 on the Traxsource Best Artists of the year in the Deep House category.