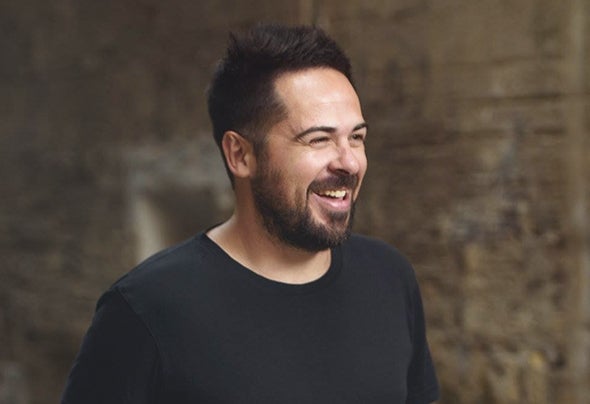 Sebas Ramis started experiencing with electronic music by the end of the 90’s. While brightening Fridays up at a local radio station, he felt attracted to the waves of "House Music " and fell in love with the genre.However, it is not until mid-2001 when he began mixing his first vinyls at some events held at his own club (Aloha Club). Subsequently, numerous projects and collaborations (some of them still in orbit) made him one of the agitators of the "underground music" scene on Mallorca during the next decade.His music taste bearing in mind the dynamism he finds between Deep house, through the abrasive groove and purest techno minimal.In 2005 he founded together with Isaac Indart the Malo Records label initiating so his growth as a producer. Later that year, he released his second project as an events promoter with Sub_Urban, a hit of the Majorcan night during the first decade of the 2000s to evolve later as a record label and underground collective.In late 2009, after several successful years playing in some of the best clubs nationwide, Sebas was invited to the first RabidFestival in London with over 50 international artists on the line up.As a producer, he has worked with artists such as Tato ( Isgud records), Elmar Schubert, Lomez , Guri or Mate_U amongst others. One of his most prominent hits is "House Ha Ha" released by Anhura Records in 2011. This trackwas received positive feedback and was supported by X - press 2 and many others.2012 was a growth year in the career of Sebas . After signing several releases with various international labels, he received an offer to work as resident DJ in Purobeach Porto Montenegro, located in the former Yugoslavia. This change of pace gave him the opportunity to get away from those 10 years dedicated to the promotion and landed him on a new path as a DJ and producer.Currently, Sebas Ramis is the Musical Head of the Puro brand, which opens its tenth Beach Club in the world over the next year. During the summer of 2013, his sets have not gone unnoticed in places like Belgrade and Nis (Serbia ), Tuscany (Italy ) , Mamaia (Romania ) , Montenegro , Cannes (France ), Dubai ( United Arab Emirates ) and Mallorca ( Spain ) among others.