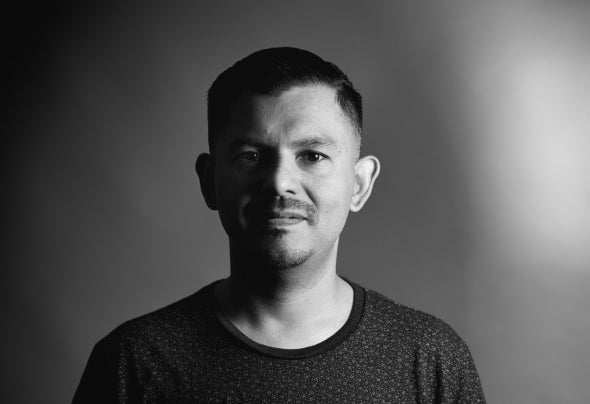 A familiar force in contemporary dance music, Homero Espinosa has emerged as one of the preeminent purveyors of the modern West Coast House Sound. A dance music dignitary whose musical roots emanate from the infamous San Francisco underground of the late ‘90s, Espinosa began spinning records as DJ Huey in the Bay Area, quickly finding a niche in the renegade rave scene. Over the last two decades, he has developed a unique musical perspective that blends elements of jazz, soul, and hip hop to melodically produce a sound that is as contemporary as it is timelessly classic. Recording under the names Ovidio, Two Craigs And A Homie, Wayne Shockness, and his own namesake, Homero Espinosa has carved out his own niche sound, producing recordings for mainstay labels such as Tango Recordings, Viva! Recordings, Nite Grooves, i! Records, Strictly Rhythm, Robsoul Recordings, and his own imprint, Moulton Music. Armed with an ever-growing discography of accolades, 2020 sees Espinosa releasing new productions with Mark Farina, DJ Heather, David Harness, and Doc Martin as he prepares for his debut full-length LP, slated to be released in early 2021, and it’s going to make you Boogie Till You Drop.