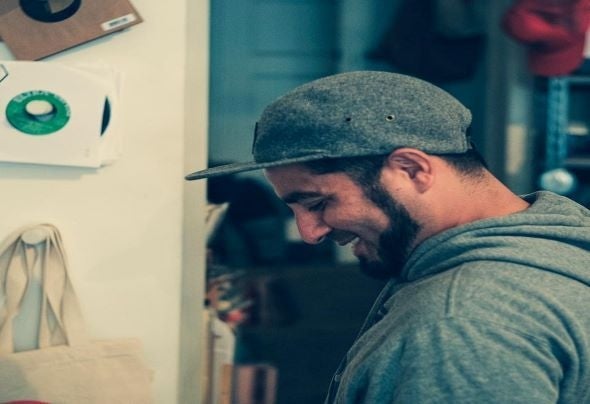 Over the past 20 + years Cris Herrera has been a driving force and a pivotal part in the San Diego & west coast music community, playing a big role in bringing world-renowned artist and curating some of the top events in southern California. Born in Acapulco Cris moved to the U.S at the age of 12 , where the west coast house and underground hip-hop movements of the 90's played a major role in his musical development. The past few years have allowed growth as an artist . As San Diego is now cemented among the top electronic music communities on the west coast, he is right in the center of the city's thriving music community . Constantly evolving and never pigeonholing him self into a specific sound, his sets include all the colors of what embodies house music, from acid to tribal, vocals & funky bass lines as well as classics and futuristic sounds and textures that make for memorable sets. His versatility and foundation allow him to move any forward-thinking crowd. Consistent hard work in the studio have yielded solid releases since 2015 . Berlin's Get Physical Music "Ibiza 2015 Compilation" with Spaniard partner Tato. Body Language comp by Pezzner 2020 + Multiple releases on Spain's Isgud Records along with Dos Vilas , followed by Detroit's Kolour recordings with TOKITA. Most recently some collaborations with Homero Espinosa Large Records (Chicago ) and Oscar P Open Bar Music (NYC) have kept his name charting on music sites world wide and Breaking through in 2019 as the #57 Deep House artist of the year (Traxsource top 100 ) With no plans of slowing down, the success he has come to enjoy can be attributed to his humble personality, hard work and dedication to the music that he loves.