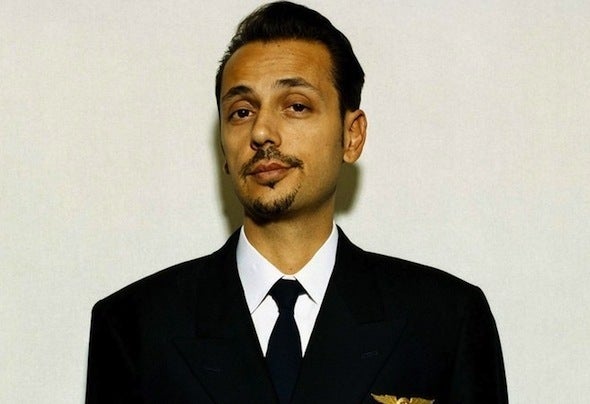 As the French Ambassador of stylish club sounds, Dimitri from Paris is everything his nation could be proud of: a DJ, producer, and remixer of the highest standard, and a stylish snake-hipped pin-up with French reserve. In a nutshell, there are two distinct sides to Dimitri: a undeniable elegant and, a devoted dance music fanatic... ..In February 2005 the French government awarded him the very official rank of Knight of the Arts and Letters. Along with Air and Cassius he was the first artist from the Electronica field to be given such a distinction... ..His musical influences are deeply rooted in 70s Funk and Disco sounds that spawned todays House music but also original soundtracks from 50's and 60's cult movies. With such a large mix, Dimitri remains of one of clublands most empathic and most unpredictable DJs. Playing across genres and tempos his first goal is to share his love for music while moving your mind, body and soul... ..Dimitri's DJing career started in the late 80's on the Parisian pirate radio scene. Moving to an official and nationwide radio he became the very first DJ to pioneer house music all over France. His mixshow was first of its kind and ran over 10 years til 1998 making him a cult figure with dance music connoisseurs... ..Thanks to his radio exposure where he could showcase his personal edits he turned the heads of record labels. Dimitri remixed hundreds of artistd as diverse Björk, the Cardigans, James Brown, New Order and Quincy Jones. It wasn't until 1997 however, that he became world famous with the release of his first album "Sacrebleu" on Bob Sinclar's Yellow Productions label. A blend of diverse influences including original film soundtracks, jazzy samba and organic house, Sacrebleu sold several hundred thousand copies and was named one of the ten top Albums Of The Year by UKs influential Mixmag... ..In the late 90's Dimitri followed the album's success with several compilations including the cult "Deluxe House of Funk" and the infamous "A Night At The Playboy Mansion" (Virgin) lately charted again in Mixmag's top 100 of best compilations ever... ..A second artist album, "Cruising Attitude" was released in 2004 to be closely followed by his first outing on UK's premier dance music label Defected: "Dimitri from Paris In the House"... ..2005 saw Dimitri go back to his Funk and Disco roots, with fellow super collector Joey Negro for "Kings of Disco" (BBE). In 2006 he offered his "In the House of Love" outing to Valentine Day's lovers. Later on he produced Los Amigos Invisibles "Super Pop Venezuela" album which grabbed a nomination for a grammy award !.. ..2007 saw the release of the "Cocktail Disco" project with long time partner BBE, a handful of Disco classics remixes and other surprises down the line... ..2008 marked the frenchman's "Return to the Playboy Mansion" (Defected) with a lush double CD of sex tinged grooves... ..In 2009, Dimitri returned to his early DJ days with "NightDubbin'" (BBE) a fresh collection of 80's dubbed out dance classics with help from old mates The Idjut Boys... ..Over the course of his 30 year career our man from Paris has sold more than a million copies of his eclectic outings. Without any marketing budgets, and mostly on indie labels... ..Never ask Dimitri From Paris what his going to play prior to a set, he doesn't know, and always let's the crowd inspire the moment.