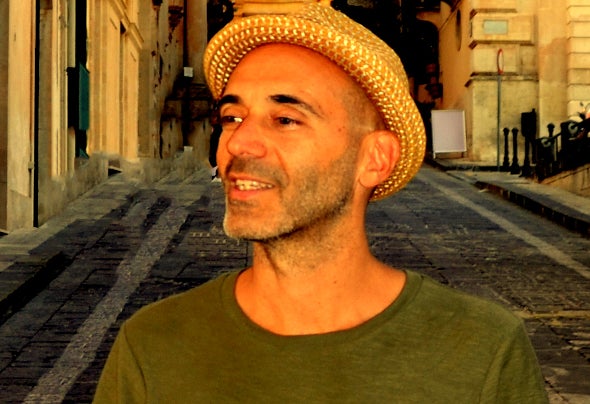 Casbah 73 is the moniker of New York born DJ, producer and purveyor of the rarest vinyl Oli Stewart. Raised in Madrid, in the early 90s he set up camp in Glasgow, where he immersed himself in all things music – setting up a club night in Glasgow, tirelessly travelling to the US on extensive record digging expeditions, all the while soaking up the vibe at legendary spots Sub Club and The Arches, expanding the organic/electronic dichotomy that would forever shape his musical philosophy. Casbah 73 recalls fondly the defining years in Glasgow: "'Casbah' was the name of my weekly Saturday night residency playing soul, disco and really wild jazz, the wilder the better. So much so, that some mystified but illuminated locals deemed it 'like a rave, without the e's'! There was even a special 'Casbah' section in Fopp Records set up by the owner because, come Monday, he would get bored of people asking if he had any music 'like they play at Casbah', so he would just point them to the new category." These days Casbah 73 is living in Madrid. To date, he has recorded two albums for HiTop Records and a series of disco- influenced 12"s for Lovemonk, and recently he confessed to being the hitherto mysterious producer Freamon, with 2 releases on the vinyl-only Turbocapitalism label. He holds DJ residencies including BASIC, mixing disco, house and electronic, effortlessly genre-straddling with no prejudices and satisfyingly finding his disco sweet spot exactly where it should be – happily shaking its rump on the floor alongside oul, house and techno, like one big happy, dysfunctional family!