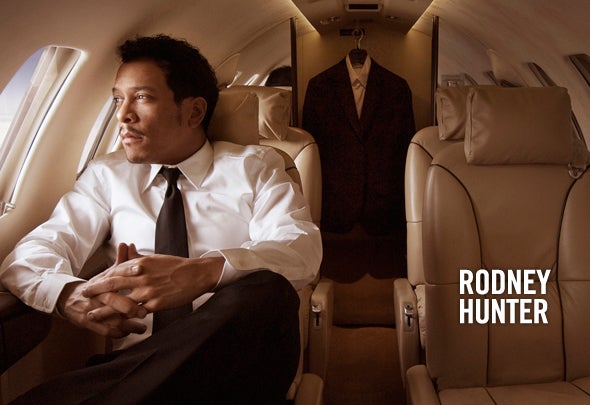 Rodney Hunter has always been part of the family, since the days of hanging out with a spiky haired Kruder in the 3rd grade, and later pulling on the heavy four strings in the Moreaus hip hop band with other social group family members DSL, Sugar B and the aforementioned Peter K? Did the young thirteen young olds have aspirations to be successful after 3rd grade? Well one became an OK hairdresser, while the other jollied around also as a OK hairdresser! It was nineteen thousand and 91 when things became closely knitted, the Moreaus started cleaning up at Hip Hop awards within Austria, and productions started in earnest with family members doing the creative thing for real. Dr Rich was well on board by this time and Vienna became a hot bed of heavenly chilled dope beats for the masses. Rodney along with the Godfather Werner Geier started Uptight recordings and drilled monstrous tunes our way like Leena Conquest's 'Boundaries'. Even today you can hear such luminaries as Gilles Peterson drop this extraordinary mammoth track at his wordwide gigs. Little did we know at the time that this excellent production was yielded by the musical wisdom of the Uptight upstarts Geier and Hunter. This highly prized musical treasure was even licensed to the Stereo MC's label 'Natural Resource' for even more exposure. It was then Uptight magnified itself by remixing for such dignified personnel of Omar, Cornershop, Freak Power, Martine Girault and so on.