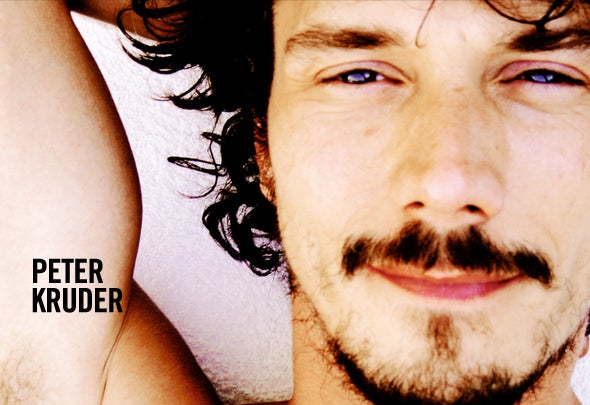 Size of record collection? 6 Ikea Expedit A 2500 Since when do your work as a DJ? 1987 Number of groupies? Subject to my biography Highest excess luggage at the airport? 63 Kilos How long can you play as a DJ? 10 hours Preferred BPM? 0 – 170 Number of self produced tracks? ????????? Where was your first DJ experience? Youth centre Ottakring, Vienna, 1983 First record? Carl Douglas ‘Kung Fu fighting' Idol? ‘The Dude' in the Big Lebowski Your vice/drug? Parisienne Your saying/views on life? Even the most embarrassing moment in your life can make a wonderful page in your biography Worst record a fan asked you to play? A copy of Ike and Tina Turners ‘Nutbush city limits' that the guy brought to the club and offered me $100 to play it. I was poor and I needed the $$$ Best thing about being a DJ? Seeing excited dancing ladies Worst thing about being a DJ? Their excited boyfriends Most beautiful compliment while DJ'ing? 'You've just creamed my pants baby', by a girl in Miami Most embarrassing favourite record? The Flirts ‘Passion' What do you read on the toilet? G-Stone book Most favourite place? My bed Do you like cooking/what? Pasta Don Pedro Forte Who would you like to invite for dinner/Respective go out for dinner? Jesus Most favourite country for DJ'ing? It's beautiful everywhere, all you need is two turntables and a freakin' crowd When Peter Kruder plays, everybody listens! As one exact half of Kruder and Dorfmeister, one very impressible third of Voom Voom, and one solid whole as Peace Orchestra, he is universally praised for being responsible for some of the finest electronic music in the last thirteen years. This is a DJ, producer and musician that refuses to look left or right, and certainly will never look back. Peter Kruder is all about forward vision and imagination to what the future may bring. Single minded, exact, and ultra professional in all his work, I have never seen such a focused producer or DJ while at work. His DJ sets are legendary and noted for surprises far beyond what is expected of him. We could go on about the past where Peter Kruder has featured or presided, about how cool the K&D ‘Sessions' and remixes were and still are, about how far and wide he has travelled on this monumental musical journey, an incredible account of the series of events making up this extraordinary person's life. But to some one that lives solely in the now and the future, this would seem out of place, Peter would never really enjoy this anyway. We would rather offer a forward biography that gives testament to the man now and afar, of what to expect in the future. As a producer, he is unsurpassed. His understanding of music and the making of music is an indubitable factor in him releasing unquestionable excellence every time. What is most apparent in his work as a producer is that Peter simply adores music. It is a love affair that seems only to get stronger and stronger. Another and very admirable fact is that Peter Kruder only releases music that he wants to release. He will always refrain from releasing average or mediocrity or to churn out like a conveyer belt just to suit others or get his name in the press. Peter Kruder is not a music machine; he is a sonic heart with strong convictions and an unshakable belief in releasing only the very best. His goal every time is to be better and better with each outing. In the recently revamped and fully authentic vintage analogue G-Stone studio 1, Peter Kruder is happy making new and exciting music for the future, but with an attitude of old music longevity and duration of service that is missing from so many other half hearted producers and productions. Kruder records come with an unmistakable ‘freshness' every time. Future projects for long playing albums for Voom Voom and Peace Orchestra will show once again the width of his musical horizons. Expect diversity and noticeable heterogeneity on a grand scale. His DJ sets are similar too! Happy to be playing hard and fast if the occasion desires (very often Peter is ‘peaktime', and paid very highly to be peaktime). He can be soulful and slow though if he feels the crowd are in need of a little refreshment. One of the most intelligent DJ's on the circuit, and totally understanding and respectful to the boys and girls that look to party and escape. Close buddies Rainer Trüby and Gilles Peterson know also the full impact of a Peter Kruder DJ set. Keeping up with the K is a gigantic task indeed. It is a task they relish though as they know they will learn and acquire. Peter Kruder you could say, is the DJ's DJ! Like we said at the very beginning, when Peter Kruder plays, everybody listens.