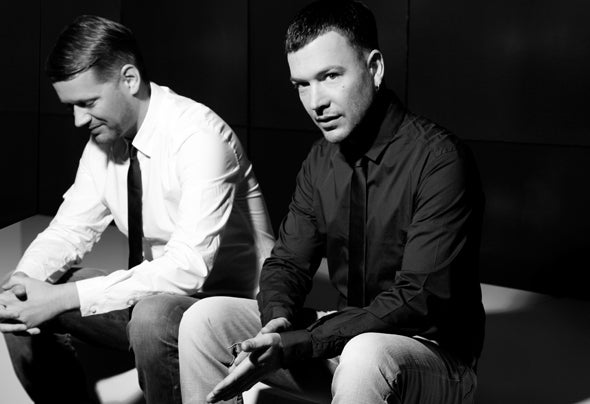 The electronic music scene is like a cloudless night. Countless, equallybrilliant stars light the sky. Many new acts are quickly discovered anddisappear soon afterwards, like streaking satellites or pulsing comets. Stillothers are like space junk, spinning aimlessly through the nether. There area few, however, that shine brighter than the others and despite theirperennial presence, continue to burn brightly. Following a supernova in theyear 1999, the constellation Funkwerkstatt appeared on the firmament of theParty Galaxy. The project, called into life by Derrick Porter and Nicola Johnon their own label, Superfancy, is well known for its individual, fresh andnovel style of electro, minimal and tech-house sounds. Numerous releases andremix projects, for fans of italo disco and kraftwerk sounds, are evidence ofthe artistically demanding accomplishments. Singer Dan Morro has woven hisvocals into the instrumental tapestry of Derrick and Nicola since 2004,expanding the spectrum of the group's sound. Through their energetic liveacts, the trio keeps winning the enthusiasm and sweat of their audiences. Aftercountless gigs both in the party scene of their home region and beyond, theyare setting off, like a celestial storm, to course through the national andinternational club universe.