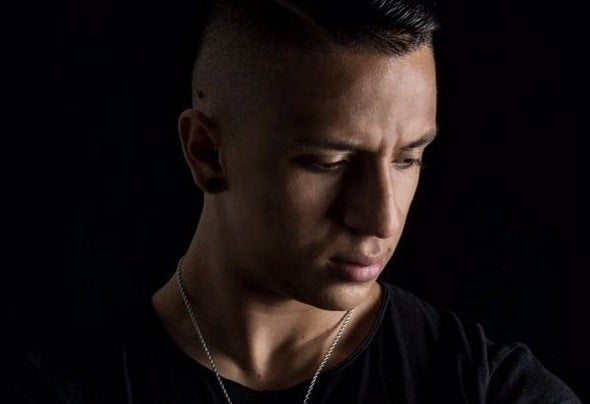 Colombian DJ/Producer born in 1994. In 2009 he began his preparation as a DJ with the collab. of some of his friends involved in the scene. In 2010 he had his first performance for a demanding audience in the Pandora Room (Cali). From then until now he has performed in many places of the city as Eliptica, Pakua Terrace, Garden Lounge and La Fabryka. Nationwide he had performed on stages like SG Club (Pereira), La Santa (Pereira), Motel Club (Armenia) and San Andres islands. where the audience had has the opportunity to dance to the rhythm of his set full of energy and good vibes. He has shared the stage with artists like Canedo, Cocodrills, Fronter and many more.As a producer has been highlighted the last 5 years for his Tech House style characterized by its tribal shades and multiple percussive elements as well as very pronounced Funky bass lines that contribute great density and forcefulness. Thanks to this he has the support of great DJs like Richie Hawtin, Corvin Dalek and Roger Sanchez who have played his tracks in great festivals like Enter Experience.He also has participation in record labels like Booth, Habla Music, Harvibal and Hardcutz (where he has reached 34th place in the Top 100 of Deep Tech), just to mention a few. In 2016 he was nominated for best DJ Producer in the CDA awards.