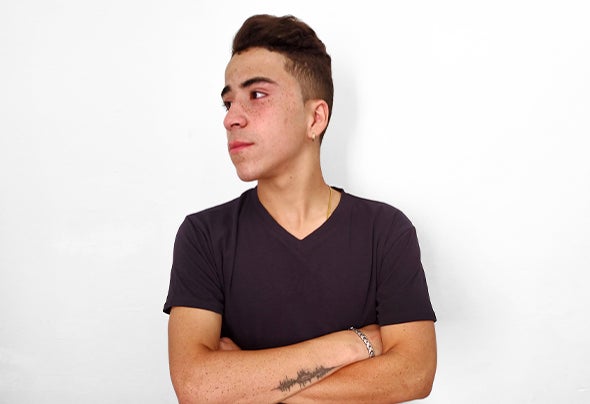 He was born on October 10, 2002 in the city of Caracas, Miranda State - Venezuela. His inspiration towards music begins in 2014 at the age of 12, being drawn to electronic music. Months later he began his career as a Dj Producer, creating music and specializing in genres such as: Deep House, Tech House, Techno, Melodic House & Techno. As a Producer he has been very receptive, managing to collaborate with great national artists and playing in different countries such as: Colombia, Germany, the United States, Brazil, Venezuela and among others, which leads him to stand out among the best melodic producers. because of his good hearing. and excellent technique that characterizes each Tracks. He made the decision to start signing his songs with different record labels such as: Kore Music, Maximal Records, Triangular Recordings, SL Records, among others. He has also had the opportunity to participate in great local events, playing and collaborating with various colleagues such as: Rupert, Electro Sunshine, Genio Producer, among other national artists. Thanks to his efforts, he has won the hearts and musical ears of many other national and international producers who, with his support and that of the people who listen to him, have been able to achieve what he is today.