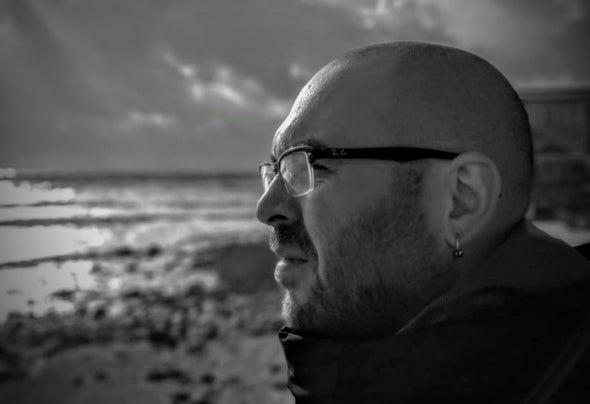 Costa Ivanzov’s musical path began when he first began DJing Hardcore and Hardstyle music in school parties and local clubs. This stylistic choice helped shape his musical path ever since, which could be characterized by a dark atmosphere and a heavy Industrial influence. In his latest project, Amby Iguous he takes a sharp turn into Techno which allows him to express more musical and sonic depth. His style is shaped by an experimental approach to club music which tries to blur it’s boundaries and stealthy introduce influences such as Death/ Black Metal and cinematic ambience into its character. His first EP came out in 2017 on Hard Electronic Records and featured Lenny Dee, connecting this release to his musical roots. His tracks are featured on releases by Midtown Records ( X-Trax , Horizon Road ), Horns & Hoofs Entertainment , VIMB Music , and Messe Noire Records. PDR019, his second EP, was released on Pitch Dark Records in 2018 and is the latest result of a continuous refinement and definition process Amby Iguous goes through when crafting his music.