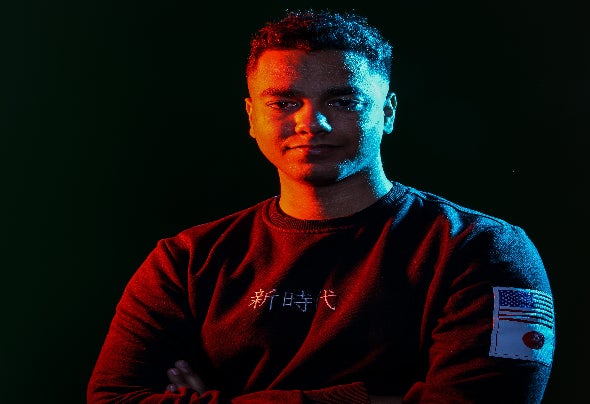 Ekko is a DJ / Producer from southern Germany who excites with his unique melodic, progressive, and highly danceable sound! The founder of LAPS Recordings combines banging techno beats with melodies, that send shivers down the spine and gathers enthusiasts of Melodic Techno as well as those of harder genres around his DJ booth! Ekko was born in 1997 near his hometown Ulm in southern Germany and hit the drums before he could even walk. The first time he stood in front an audience when he was only 4 years old, and music has been playing a key role in his life ever since. Apart from the drums he learned multiple instruments all by himself, even producing a little album on the DAW with just 12 years. Soon after his first touch with electronic music, he decided that he wanted to be the one behind the decks. In 2017 he played his first DJ Set on a local radio show moderated by his later crewmembers. After hosting several raves in different locations, they opened “Gleis 44” a club in Ulm, where Ekko is still one of the resident DJs. Ekko was also involved in the founding process of Kollektiv Schillerstraße, the Resident DJ Crew of Gleis 44. During the first lockdown in 2020 Ekko took the next step and started producing his own tracks. His sound revolves around bass-heavy kickdrums and trance-infused synth basslines. His signature synths are often combined with 303s and dark, melancholic melodies. However, in his DJ sets as well as in his own tracks Ekko always manages to keep the necessary uniqueness that sets him apart other peaktime-techno artists around him.