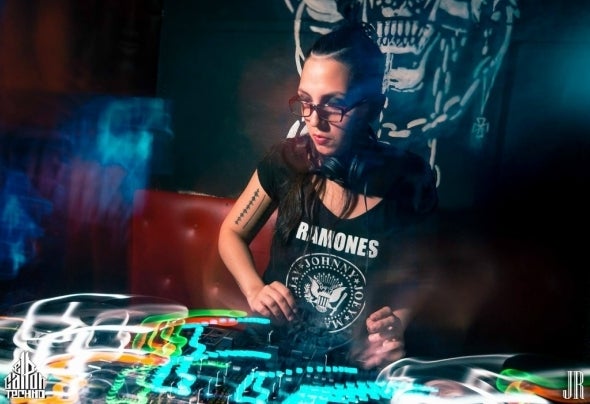 Born on February 19th, 1988, Rocío grew up listening to rock bands such as Queen, Pink Floyd and Led Zeppelin thanks to her father’s influence.As she got older and more involved with music, she began playing drums and studied some bass as well.Appreciating varied music styles, ranging from bossa nova to punk rock, made her realize the influence music can have on human beings. With that in mind, she started exploring the limits of music and got acquainted with electronic music, something that changed her way of listening to sound.Listening to a varied range of electronic styles made her improve her own. Her particular taste on groove and twisted sounds got her acquainted with ‘minimal techno’ style, a new movement that was growing at the time (2006).As time went by, her music evolved into a darker/rougher edge causing an increase in BPM, making her end up on techno.