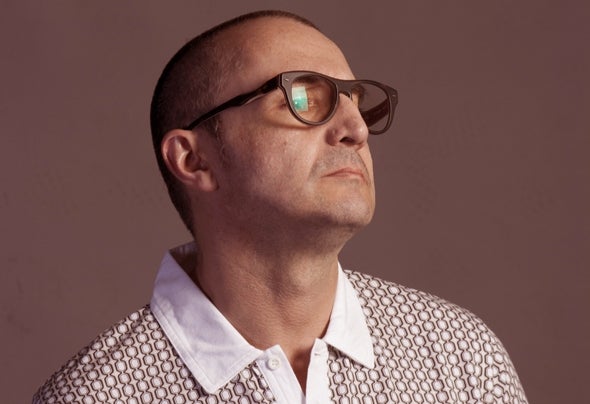 Higinio is one of the first electronic music djs and producers of Spain. He started making music at the age of 16 and started playing and making electronic music as soon as he knew it, in the last 80s. Since then he has never stopped playing every weekend in this more than 20 years.Has been resident dj of many popular clubs like La Real, Albeniz, La Fabrika, Rocamar... and have played in some of the biggest festivals of Spain like Sonar, Aquasella, Doctor Music... He has released his first record in 1993 and since then he released in Abstract Theory, Nite Grooves, Open Bar, HEAVY, Perception, Stereo, Outstrip, Datagroove, My Little Dog, Dubhe, Eukahouse, Eukatech... and of course in his own label Chaman Records. His last releases has received support from many of the top djs and producers and reached the Top 100 of several shops. He has also developed a live House project, Chus K & Chaman with his friend and keyboard player Chus Naves, playing guitar (Higinio) and Keys (Chus) over rhythms recorded in his studio.