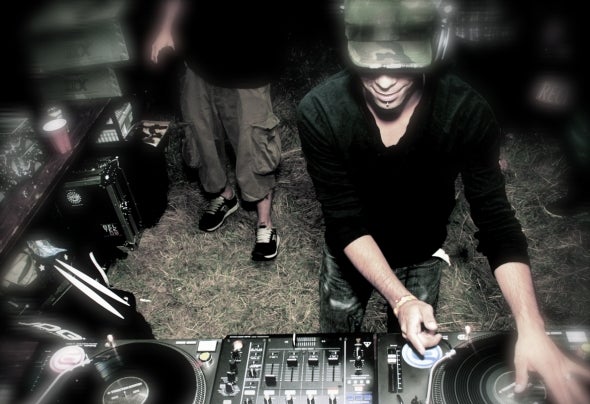 Pat Fontes' knowledge of electronic music has made him into what many have stated as a connoisseur of sorts. With almost two decades of DJing experience on his resume from the underground to clubs all over the world this former owner, manager, music buyer of the now legendary Satellite Records Boston has built a strong reputation for himself. He is the man responsible for one of Boston's longest running underground house, techno, and electronic odditiesweeklies at the Phoenix Landing Wednesdays. It went by many names but was most well known as Midweek Techno with his friends Soul Clap. He has had the honor of being exposed to many industry heavy-weights and has opened for the likes of Martin Buttrich, , Martin Eyer ,Paco Osuna, The Orb, and Marco Carola just to name a few.Pat is now pushing boundaries again and providing his own dirty, sweaty, synth infected, sexy swag to his DJ sets and original productions. His sound falls under the umbrellas of techno & house but he has always developed his own unique spin on these genres and tends to bend every aspect of conventional thoughts towards them. He has had releases on well known labels such as Thoughtless Music and Airdrop Records. Now with many remixes and originals coming, Pat has joined a new pack of like minded artists on Berlin based Private Business Records and locally based Tight Groove RecordsBeing quoted by his peers as "Mr. Techno" this humble encyclopedia of electronic music knowledge has been there, and done that, and is still finding ways to capture the imagination of others through his music!Life's too short... listen to music !