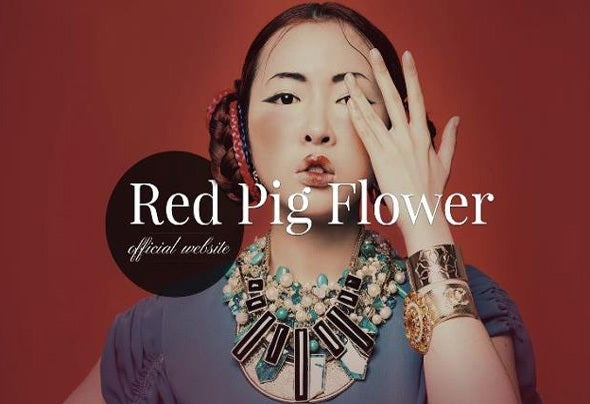 Red pig Flower is a DJ, producer and live act based bot h in Berlin and London. Due t o her art background, she presents herself as a professional dreamer and is always on the look for dreamy and trippy sounds. Thus, all the music she produces has its own story behind and its purpose is a mixture of dream, desire, and reality.Red pig Flower is also the creator of the art and music organization “Weird and Beautiful” which concept itself represents her philosophy about world and sounds.When performing live, her aim is to take people on a journey by telling them an unique story every single time. Thus, Red pig Flower’s sound contains a lot of real – life recordings and variety of rare tunes that combine together in order to create an epic journey.Not only her standout style of playing but also her eye catching outfit as well as performance character attract crowds across Europe and beyond. Therefore, she makes herself busy in the studio to create new sounds and take them around the world by touring.