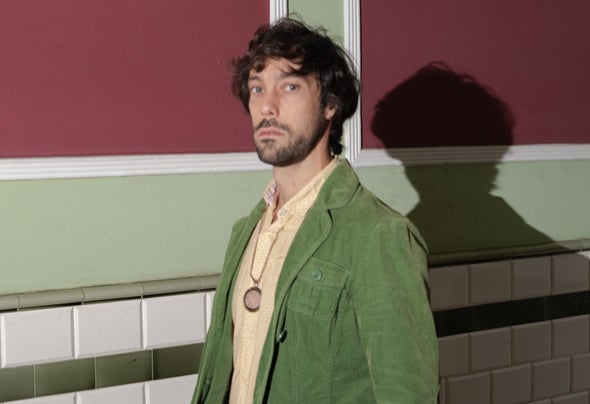 When reviewing Los Cabra (Christ Burstein) musical merits at this point in time, it shows that most of it took shape off the beaten path. Be it the conditions that sparked his DJ- career. Be it his approach of DJing itself or be it his artistic progression, manifested in his productions. Over the last years, Christ landed a string of much-noticed releases on different labels, be it on Rural, his Berlin-based label- mainstay or be it on imprints like Stil Vor Talent, Get Physical, Sincopat, Bar 25, Gruuv, Ritter Butzke, Obsolet, etc. The Berlin-based live act, Dj & producer combines melancholic, organic soundscapes and a distinct percussive touch in his unique perception. The result is an intimate listening experience, which hovers between melodic introspection and his Latin roots. Maintaining artistic integrity, releasing records that reflect where his love for music is at in one moment, not knowing where it might be on the very next release, and keeping DJ-sets not only interesting for a crowd but also himself. Artists like Hernan Cattaneo, Elfenberg, Lonya, Bebetta, Pezzner, Kollektiv Ost, Britta Arnold, Noraj Cue, Chris Fortier & Coss are just a few names that already remixed him. That’s where he is at right now. There’s no scene-dictated tunnel view in his activities, there is only a pointed emphasis on style, on groove, and sophistication. An emphasis, that, because it’s informed by Afro, Techno, Melodic house or even Downtempo, is advanced enough to always shine through the inflationary characteristic of the genre as notably original. Granted: What Christ is laying his hands on might have its place within the parameters of House and Techno, but it’s always more than that. It’s his style. ----------------------- www.loscabra.com