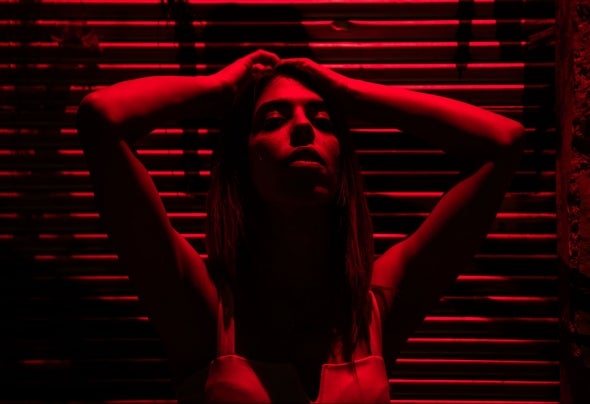 Magit Cacoon is what they might describe in America as a ‘triple threat’. DJ; producer; vocalist; her three identities feed into each other and blur into one synergised creative force.Embarking on the familiar techno pilgrimage to Berlin from her native Tel Aviv, she rapidly ascended the ranks of the city’s crowded scene before soon being catapulted into the global scene where she continues to be a unique, captivating fixture.Pushing a mystical, hypnotic, atmospheric blend of techno, her productions exude dashes of subtle melodies without the theatrics that surround today’s ‘melodic techno’ sounds. Always subtle, never overblown, it’s deep yet tough- edged. Releases on Damian Lazarus’ Crosstown Rebels and Rebellion imprints brought her name to a huge new audience following a slew of releases with her close Berlin friends Upon.You Records, while her stunning debut album Other Dimension garnered praise from the likes of DJ Mag, Faze and THUMP upon its release in 2015.Her spellbinding DJ sets reach further still from her production identity, blending elements of house and a variety of techno flavours into one captivating concoction. Her busy, high-profile tour diary is testament to her quality behind the decks, with previous appearances for Circoloco at DC-10, for Lost In A Moment in her home country, on multiple Crosstown Rebels tour dates as far afield as Miami Music Week, all across Europe and in Australia. Now part of Solomun’s Diynamic family, she is playing as part of the label / party crew everywhere from Watergate to their prestigious festivals in Amsterdam and Istanbul and their huge off-Sonar event and played alongside the label boss himself at a very special Israel Independence Day party. Electronic Groove picked her set from Crosstown Rebels’ Get Lost Miami party in 2018 as one of their Top 3 favourites of the entire Miami Music Week, while the likes of Deep House Amsterdam and Ibiza Sonica have hosted mixes from her.