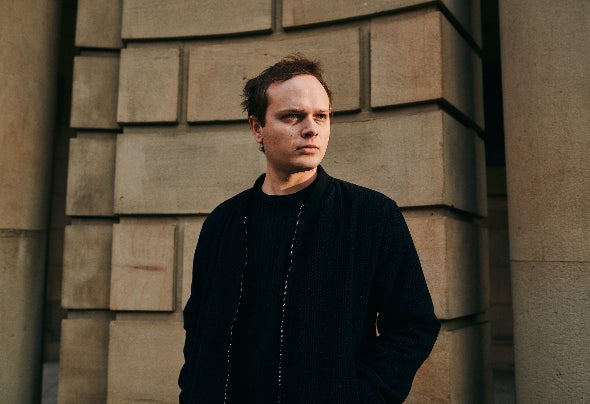 Born in 1998, Moritz Hofbauer grew up in Pforzheim, southern Germany. He came in touch with music at an early age, playing cello in the local orchestra or keyboard in a band. His curiosity drove him to combine this love for music with drum machines and synthesizers. He began to com- plement his piano compositions with electronic beats and his passion for Deep House and Melodic Techno evolved quickly. By the age of 15, Moritz was taking his first bookings and spending nights in the DJ booth of local clubs. With his release “In Between“ on Jeudi Records in 2015, Moritz set a first milestone in his budding career. Several releases and remixes for artists such as Township Rebellion, Ben Böhmer and Nils Hoffmann followed. Over the next years he steadily established himself within the clubbing scene and has since hit stages like the Docks in Hamburg, the Harry Klein in Munich as well as festivals such as the Sonne Mond Sterne Festival or the Isle Of Summer.Moritz has already released on numerous labels and his productions entered the sets of artists such as Dirty Doering, Township Rebellion, Marcus Meinhardt or Aka Aka. With his music he follows his vision of a unique sound that bridges melody, art and club fever, continuously searching for new pigments to add to his musical palette.As the latest member of the FCKNG SERIOUS family around superstar Boris Brejcha [Moritz performs live at their global label night events.