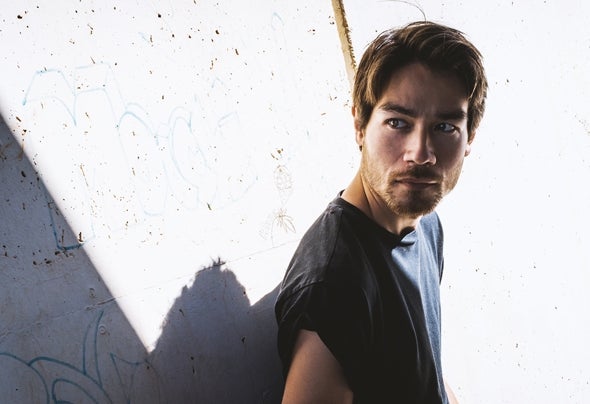 Originally hailing from London, now residing in Ibiza, Ben Hoo is a producer, DJ and multi-instrumentalist with a rich musical ability and diversity. If there has been a theme running throughout Ben Hoo's career to date, it's that he's never wedded himself to a single style. Techno and house inform his recorded music as much as down-tempo and contemporary classical. Ben is drawn towards sound manipulation and design. His approach is steeped in audio reconfiguration, which he offsets by creating his own rich synthetic tones. Releasing through labels such as Get Physical and it’s sub-label Kindisch, and Josh Wink’s legendary imprint Ovum, Hoo’s body of work is a true testament to his extensive musical ability. Ben Hoo effortlessly transcends the boundaries of raw, unsettling techno, warm deep house filled with artfully chosen chords and echoing melodies, and hypnotic electronica. His remix CV is impressive, including heavyweights such as Moby, Tiga, Booka Shade, M.A.N.D.Y, Fever Ray and Tricky, and his eclectically flavoured highly accomplished productions have been supported by a plethora of A-list DJs. As a DJ, Hoo’s exploits have taken him around the globe, from intimate basements in East London, Berlin and Barcelona through to beach parties in Asia and Ibiza, WMC Miami Showcases, and festival appearances at the likes of We Are FSTVL and Bestival. Hoo's diverse musical tastes and eclectic record collection bring an exciting versatility and an ability to communicate with the most discerning crowds. Ben’s tastes and curation skills are further manifested through his weekly radio show “We Are Night People" broadcast globally on both Ibiza Sonica and Pioneer DJ Radio.