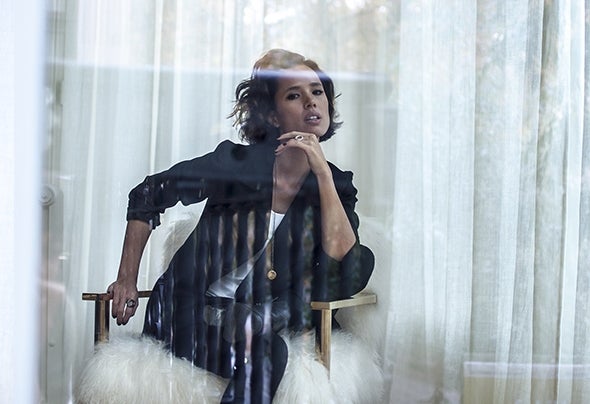 DJ, PRODUCER, HOST TO HER OWN RADIO SHOW ON IBIZA GLOBAL RADIO FOR 3 YEARS RUNNING AND PARTNER IN BERLIN BASED RECORD LABEL KINDISCH, MIA HAS ESTABLISHED HERSELF AT THE FOREFRONT OF THE MODERN HOUSE AND TECHNO MOVEMENT. WITH A CAREER SPANNING OVER 10 YEARS BEHIND THE DECKS AND 6 YEARS IN THE STUDIO, SHE HAS BECOME A STAPLE IN THE INTERNATIONAL DANCE SCENE. “It’s about fun, excitement and energy,” says Mia Lucci. “I want to create an environment where people can let go, forget about any issue they might have in their life, and be completely consumed by the music and the moment.” Over the past decade, this Australian-born producer and DJ has become renowned for mesmerising house and techno grooves - a style that is showcased to immaculate effect on her new EP for her Kindisch label, ‘8 Pounds’. Her star has been rising steadily since she started DJing in her early twenties while she was studying and later working as a child and family psychologist in a private clinic in Australia. “The music became an unforeseen obsession - the more I did it, the more passionate I became about it,” she recalls. A trip to Ibiza proved inspirational, and after her first visit, she returned to spend a whole summer on the Balearic Island. While she was there, a DJ set that she played at a café sparked an invitation to host her own weekly show on Ibiza Global Radio, which continued for three years. Mia was still working as a psychologist when she made the decision to leave Australia and move to Berlin. “There came a point when I decided that I wanted to explore the creative side of my brain, so I left my job as a psychologist and committed myself to music full-time,” she explains. “When I arrived in Berlin, my focus was in the studio, touring of course, and developing and curating the music releases on my record label, Kindisch. It took a lot of hard work and commitment.” Kindisch was the result of a meeting with Philipp Jung and Roland Leesker of Get Physical Music. The three of them agreed to partner up to develop the label’s presence: “We started to release a particular sound. A more melodic, downtempo sound that I think people were craving at the time - more subtle in nature.” Her own first release, ‘How It’s Gonna Be’, a collaboration with DJ T, came out on Get Physical in 2013. Subsequent releases, like the ‘Screenplay’ EP in 2017, enhanced her growing reputation on the global underground scene. As a DJ, her club gigs have included some of the world’s most vital venues, from residencies with Katerholzig and Katerblau in Berlin to Output in New York, Circoloco (Australia) and Sankeys (Ibiza). She is now represented by Transmat Artist Booking and Management Agency, which was founded by Derrick May. “For any artist who has grown up in electronic music, working alongside someone like Derrick is an amazing thing. He is a living legend in the music scene, after all,” she says. Now living in Barcelona, Mia continues to develop her own personal style with productions that are always evolving. “The last 10 years of my life has been one big circus. Always on the move. Settling in Barcelona with my own studio where I can produce and create makes me feel great about what I am doing,” she says. “I’m enjoying making harder styles of music at the moment with a greater on drums. My experience in the studio is constantly changing and developing which keeps life interesting and fun.”