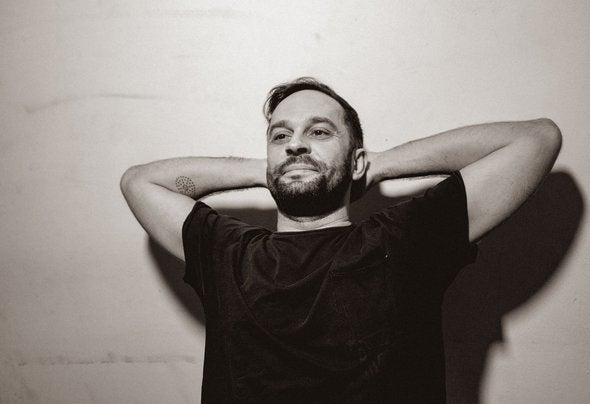 Italian born, Berlin based Luca Albano aka Weg began his musical journey releasing his first EP on vinyl back in 2006. Since then he started djing around clubs and parties in his native home Rome spreading step by step all over Europe.In 2010, after releasing another record on Italian legendary Dj Ralf’s label LaTerra, he moved to Berlin, following the steps of the liberal city and the Electronic music scene.. In a short period he was playing around in respected clubs such as Bar25, Golden Gate, Ritter Butzke and a residency in Tresor came up.His debut album “Honey” comes in 2011 on Rumenian Cimelde Records and brings him to travel more, discovering new directions and inspirations.In 2012 he started a live-set project together with Flora Päär, deepening his sound and mixing melodies with live vocals on minimal grooves. After releasing “Altair Ep” on Escapism Records, his name started to tour around bringing them to festivals and clubs all over Europe.. Lazy Sunday Festival and All We Want in Amsterdam, KaterHolzig, Arena Club and Sisyphos in Berlin, Sonar in Barcelona sharing the decks with Luna City Express, Onur Özer, Red Robin, Makam and many more..Then, Luca decided to go back developing his own sound, a fresh one full of pulsating vibes and hypnotic grooves, that are also the recipes for Luca’s favourite sets.Since October 2013 he started to play with the Serialism crew together with Cesare vs Disorder, Quenum, San Proper, Konrad Black, Dj Ralf, Carola Pisaturo, Loquace and fellow friend Salvo Castelli and, inspired by the new environment he prepared his first ep for the label under the new alias Weg.Currently, besides studio work and constant gigs all over Europe, he is collaborating with Italian dj/producer Marco Effe on a new party and concept called Impress at Watergate Club, Berlin.