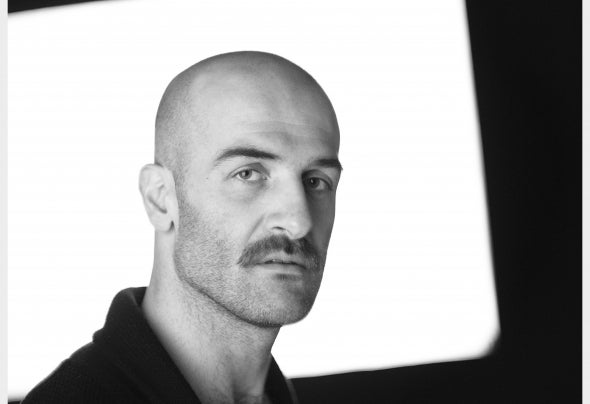 When it comes to Daniele Papini it is impossible to separate the man from the musician. Every step Daniele has taken in his life is in time to the beat of the music he was hearing and producing during that specific moment; his childhood as a classical pianist; his teenage years growing up on the London squat scene, as the bassist in a punk band; the instant love affair when he first encountered techno in 1998, embracing the radical anti-conformist message of the early rave-scene, traveling worldwide blasting the system from his huge wall of sound, to his early club residencies in Florence; all these encounters have given him the richly textured eclectic sound that he has honed today, that he brings to his live sets, to Sleep is Commercial and to studio productions made in Berlin, his home since 2006.Daniele's home is in fact just one big studio. Love at first sight with techno brought him into contact with his other great passion in life: music production. A chance meeting with Alen Sforzina in Croatia in 2005 led to the foundation of the GraFit Project, whose early collaborations were released on Italian label Urban Mantra and German label Toneman. Walking through the backyards of techno Daniele has beenintroduced and welcomed into many electronic families but it was his solo track Church of Nonsense, released in May 2008 that brought him international acclaim as the artist behind a track considered at the cornerstone of the techno genre. While his studio productions are chart-topping successes which reach a broad audience, he has also earned professional respect as a producer with a musical output characterised by a subtility and sophistication.Since he first caught the techno-bug in 1998 he has never been able to escape the dancefloor as dj. His trademark sound immediately recalls his complex musical history, an openness to the non-electronic world and genres of music often less associated with techno, whilst he balances a technical crispness with an alluring rhythmic warmth made for dancing.As well as continuing to play worldwide and in Berlin's top venues, like Watergate and Arena, and of course the infamous underground one-off Sleep is Commercial parties, he is also a resident at the cities best summer terrace, Club der Visionaere.Right now Daniele is also focusing on his Pausenraum Studio and working on various different projects ranging from techno to indie. He is still heavily involved in his own Noisy Glance music project and of course is a central part of his Berlin-family, Sleep is Commercial.