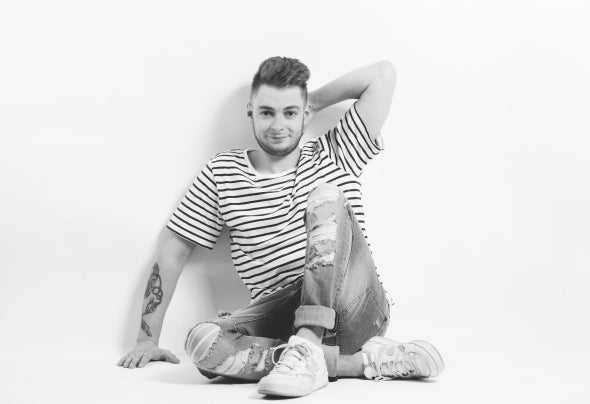 From the "Mietz (kitten)" to a Lion!!!According to his zodiac sign the Lion Ming has become in the last few years known as an important figure in the music industry. Granted, the first steps of his musical career was influenced by the House Music genre. However, he had more in mind, then just scratching at the musical surface, so a change had to be made. Therefore, it is not surprising that Ming has matured into one of the artist, where you recognize his musical complexity.Listening to his latest works closely, you immediately feel the love and attention to detail. One can see the focus and creative thinking in the developmental process. You have the feeling: "Something is different". The "Mietz" has grown into a lion - the children's shoes are taken off - the gate is open for creative sound production. Those who has observed Ming in recent years, knows that he would never stop working on himself in order to ultimately tickle the perfect sound out of the turntable. Also known as DJ Ming [GER] is now active for over 10 years and improved his sets continuously. What initially served as entertainment, has developed into a real journey: Track selection and order speaks for itself.It remains to be seen, where his journey goes, however it is guaranteed: he has not arrived at his destination.