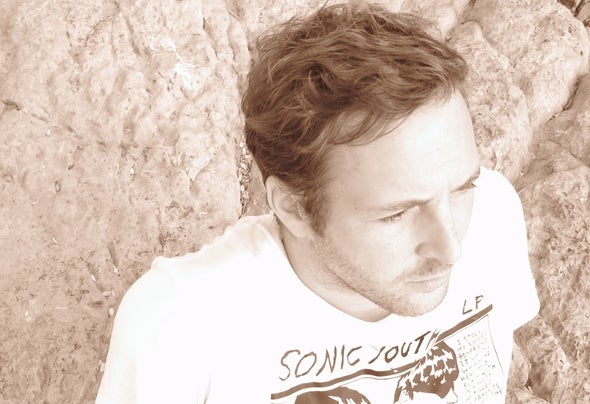 When David Labeij (1978) bought his first turntables in 1997, it soon came clear to him that this was what he should have been doing all along. Starting in a little attic somewhere in Amsterdam, this new found hobby soon turned into a lifetime passion. For two years he played a various range of styles, until in 1999 he discovered the new minimal techno sound that was emerging from Germany and so. This sound was exactly what he was waiting for. Playing small gigs here and there in Amsterdam for some time, when not long after the millennium a good friend (now his booker) gave him his first producing program.Starting at home making his first loops opened up a whole new world for him, and making his own tracks became more and more serious over the next couple of years.Things really started moving when in 2004 David hooked up with Laurens Lanting (dj/producer Lauhaus) in the studio for the first time. The guys knew each other from the house scene in Amsterdam and decided to try and make some music together. There was a huge click between the guys musically and socially and some time later they came up with a name for their new project, “Polder”.During this time in Amsterdam djs / producers Shinedoe and 2000 and One were setting up there labels ( Intacto – Remote Area ) and when they heard the stuff from Polder they were blown away.This resulted in the their first releases in 2006 and not long after David’s first solo releases on Remote Area and in oktober 2011 his first ep on the well respected Mobilee records.With his music finally out there the gigs came. Playing Clubs, festivals and parties like Panorama Bar Berlin, Fabric London, Goa Madrid, Vollt Amsterdam, Space Ibiza, Grunanlage Hamburg, Cocoon Frankfurt, Awakenings Amsterdam, Fuse London, and many many more….Now it is 2012 and with his dj sets and live sets he’s been rocking dancefloors all over Europe. Internationally known for his techno sounds as one half of Polder, his solo productions soar between hypnotic deep house and delicate techno, the same thing you can expect from his dj and live sets.