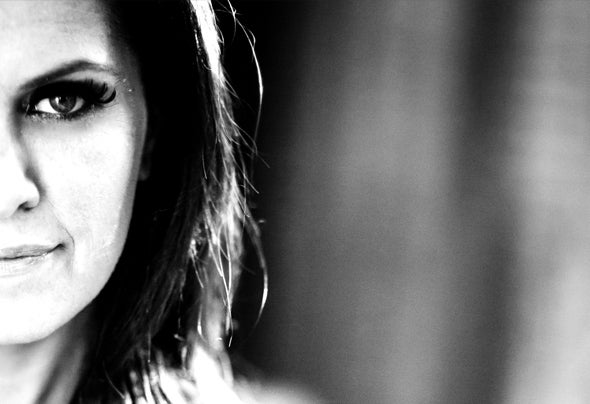 After years of deep studio dedication, honing her skills in the dark art of production, Lora entered the underground consciousness with a serious bang in spring 2013.The sunset-gilded, synth-soaked ‘Golden’ has taken dancefloors by storm, introducing her with subtle sonic sophistication. Key DJ support followed instantly, including major props from the industry’s elite. This was followed by with the instantly infectious big room shudder-shock ‘Hit’. With its swooning groove, alluring vocal hook and bold, muscly drums, increased the buzz around Lora furthermore.Like all bonafide breakthroughs, Lora’s earned her stripes the hard way. Winning Corona Movida’s renowned annual DJ competition in 2000, swatting off the competition right the way to the Ministry Of Sound grand finale, she scored warm- up work in every bar and backroom London to offer.The hard work paid off: as she achieved notoriety amongst the city’s party-perked gay scene. It resonated with everything she loves about club culture; the hedonism, the grooves, the glamour... Here she honed her selector skills and chiseled her crowd-communication. More importantly she refined her playlists with rich, well-bodied house and garage and began to truly understand the essential dynamics needed for production.A whole decade of global floor-grafting has passed since those formative days. From setting up her own DJ school to sets at some of the most respected clubs past and present... Turnmills, The End, Fabric, and many more.Now fully established as a hardworking DJ who plays in every corner of the globe, from Monaco to Manchester, Lora is proving herself with the same level of skill in her productions, too. So get used to her name... You’re going to be hearing it a lot in the near future.