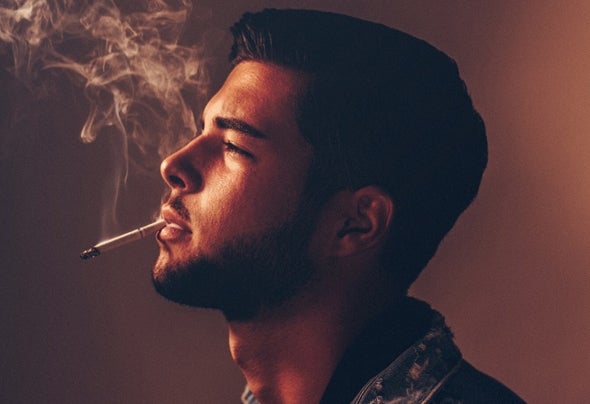 Ian Sound rst began to appear in the Maribor music scene at the young age of 15, when he acquainted himself with old school UK garage and House, Tech House music. Being full of condence and ripe with fresh ideas, he began his musical journey in his hometown of Maribor, where he quickly made a name for himself, reaching for the top and in the process, he managed to book himself at some of the city's top concerts and events. Soon his hard work paid off when in 2012 he became the resident DJ in one of the city's best-known clubs Stuk, on the stage that hosted many famous artists of the electronic scene like, Mike Vale, Umek and even Martin Garrix. His enthralling stage presence and unique mixing style made him a crowd favorite and soon other major clubs in Slovenia came knocking at his door. His hard work began paying off as he became a headline act in numerous major clubs in his country, but that was not enough for him. His burning ambition led him outside the connes of Slovenia, where he proved he was the future of Slovenian electronic music. For the next few years he shared the stage in festivals all around Europe with famous names like Joris Voorn, Don Diablo, Sander Van Doorn, Plastick Funk, Sigala, Klingande, Paolo Barbato and many others. His talent was recognizing by Slovenia's the largest event organizer Kurzschluss with whom he established a strong relationship. But one of his crowning achievements came when he played live in front of thousands of people in Slovenian biggest festival, Stellar Beat. His success even led to a small tour in Greece where he played in the Mojo Club, Club Sound, Sandstorm Bamboo beach club, Venue Club and many others. However, after 6 years of mixing he gave himself a new challenge. To become a music producer. When he realized that working at home was not enough for the knowledge he wanted, he enrolled in Emi Institute, where he studied musical production.