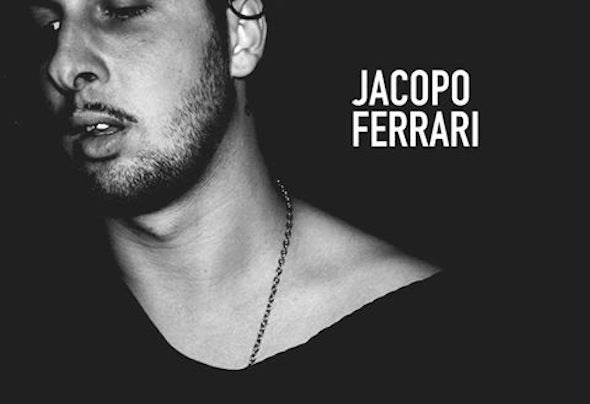 Jacopo Ferrari was born in Verona in 1987. With a guitarist father and radio speaker mother, he has always lived next to music world.After working in the best clubs of Northern Italy, he approaches productions and, in 2011, he publishes his first EP with a famous label of Milan, Traxacid, collecting great feedbacks from the beginning. His real shot comes in 2012 when, after good reviews of DJs as PIRUPA and JOHN ACQUAVIVA, he records for five times in a row for one of the best italian record labels, NATURA VIVA, which it can boast International artists such as Nicole Moudaber, Dubfire, Format B, Oxia, Oliver Huntemann, Sam Paganini, Carlo Lio. In January 2014 he comes back with the disc “Limp Lamp”, entered in the favorites of Beatport portal, played at the IBIZAGLOBALRADIO and supported by artists such as Carola and Hawtin.After 2 months, he starts with the label WTF Music, that can boast artists such as DJ Boris, Oscar L, Zenbi, DJ Fronter, George Privatti, JUST 2, Luca M, Namito, Kiko, Cuartero, Jerome Robins, D-Unity, Alex Mine, Maverickz, Adrian Hour, Da Fresh, Paul Strive, Saeed Younan, Rob Mirage, Tony Dee, Mike Newman and his disc “MI PLAYA”, remixed by the 2 young promises of the italian electronic soundscape Danilo Trombino ( Natura Viva ) and Angelo Raguso ( Monique Musique / Hotfingers / Selected / WTF music). His discs always collect lot of success and are still played in the greatest club of the world.In his dj-sets he mixes the right blend of tech house and techno, with long pauses and crackling break-ins that literally blow up the dancefloors.His dj-sets have been in clubs like Alterego Club,Atmosphere Clubbing,Pika Future Club,Mosquito,Be Club,Oxo,Odissea ,Teca , Orange Club , People