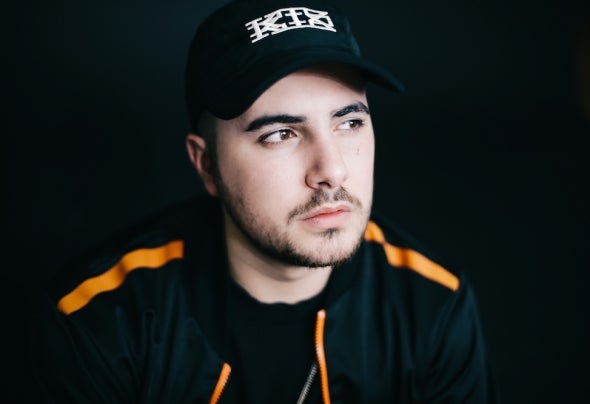 Born in 1994, Lonely grew up under the sun and warmth of Puglia, in the south of Italy. He grew up listening to his mom’s Michael Jackson records and his dad’s Bob Marley ones. This combination of influences and his life experiences has made him the well- rounded DJ and producer he is today. In his music, he manages to combine what he was fascinated by, such as his childhood love for graffiti and everything related to hip-hop culture, with what he truly carries in his soul: electronic music. At the age of 10 he familiarized himself with the world of music through various producing and mixing softwares. His dedication to this world soon pushed him into his first parties and festivals, often without his parents’ permission, like that one time at 14 when he ran away to see a festival in one of the most renowned Italian clubs, Cocoricò. Over the years, Lonely has turned his passion into a career, winning not just his parents’ support: with his first productions he has impressed several international DJs, such as Marco Carola, Green Velvet, Stacey Pullen, and many others who have shown their support since the beginning. One in particular noticed him for their similar style and sound: LOCO DICE, Lonely’s biggest inspiration and mentor. His constant support has allowed for the fulfilment of an almost impossible dream. After many years of hard work, this dream has turned into reality with the release of Lonely’s EP on DESOLAT, LOCO DICE’s label. Lonely’s wide range of releases on other significant labels, like ARMADA SUBJECKT, STEREO PRODUCTIONS and RAWTHENTIC, has gained him worldwide hype and supporters, who have helped him play his music all around the world. Lonely is still very young, but through the several recordings he has lined up and the dates he will be playing in the near future, he is ready to show the world his vision and his determination to reach the highest levels in this field. Stay tuned!