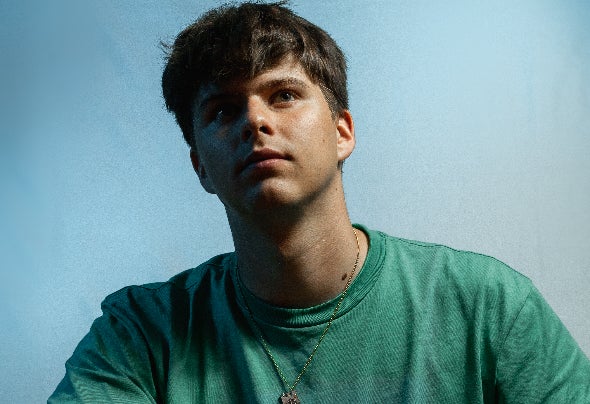 Belfast native Robbie Doherty is an artist who is already causing waves throughout the house music scene by his early twenties. Inspired by 90’s house & disco music, Robbie cleverly incorporates these influences under a deep house overlay in both his productions and DJ sets. Despite initially being best known for his silver certified track ‘Pour The Milk’, a hugely successful number that has already surpassed a staggering 52 million streams - Robbie’s gifted abilities, relentless work ethic and versatile approach on the production front has seen him enter new realms by becoming a valued member of Prunk’s PIV crew. His first introduction on the label was a real statement maker with his “Moving Rhythms” EP in 2021, and this was soon followed up by an ear-catching remix on the imprint earlier on this year for Jamback. As well as becoming closely affiliated with the highly respected Dutch outfit, Robbie also regularly receives support from the likes of globally established artists included Hot Since 82, which has since resulted in a heavyweight 3-track EP on his label Knee Deep In Sound. Robbie is also rapidly making a name for himself on the DJ circuit, as he creates a loyal army of followers up and down the U.K. with headline slots, as well as fanbases over in Holland when performing in key cities such as Amsterdam & Rotterdam, a performance with his PIV family at Belgium's illustrious Tomorrowland and a tour down under in Australia. With his ever evolving style of music production really beginning to mature as he approaches his mid-twenties, 2023 looks to be the most exciting year to date for this promising young artist.