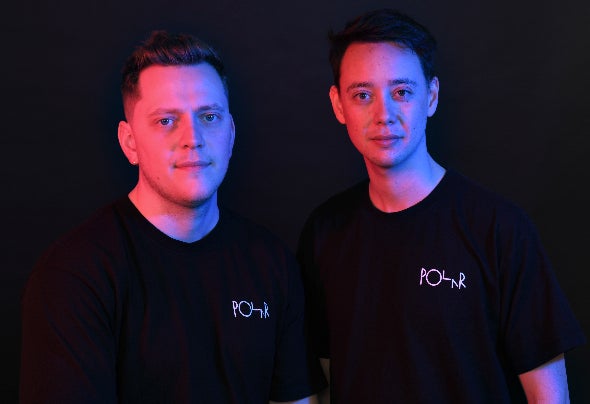 Polar is a new musical project that was founded by the two childhood friends Ashwin van Dolder and Sjaak Herbert. Ashwin caused some fire at various dj contests, including at Kunstbende and Toffler. Sjaak started his musical career as a producer at Herman Brood Academy in Utrecht. When they both offered the opportunity to do a b2b session at a house party in the Sonsbeekvilla in Arnhem, they discovered the exciting dynamics that they could bring together musically. They both knew from that moment that a further musical collaboration had to be the next step. Polar stands for the tension that arises when you offer two opposites one stage. Inspired by artists like Diego Krause, iO (Mulen), East End Dubs and the sound of labels such as London's Infuse and Berlin's Unison Wax / Beste Modus, Polar manages to create a powerful mix of underground techhouse and hypnotic house grooves. Polar's own musical productions are also being picked up more and more by different record labels such as 90 Watts, Repressure Records, Hattrick Records with more and more national and international bookings as a result. Keep an eye on Polar, because this duo guarantees more musicalfireworks in the near future. To make sure you don't miss anything, follow their socials!