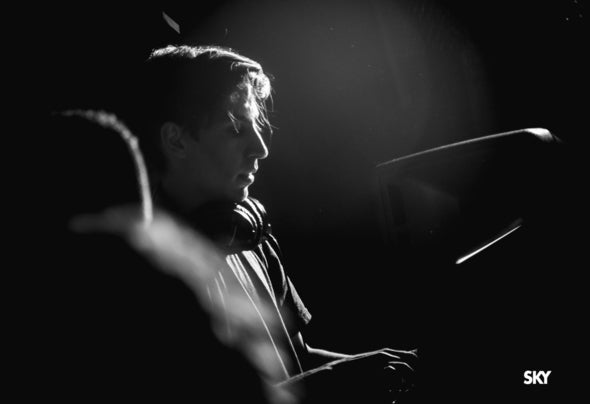 Producer and Dj born in 1989 in the city of Córdoba (Argentina);Currently living in San Luis. The passion for music started very young, listening to bands of classic rock such as Led Zeppelin, Deep Purple, Genesis, Pink Floyd, among others. At the age of 13 begins to take drum lessons and with the passing of the years he plays in various rock bands in where he also learned to play instruments such as the bass, guitar and piano. His taste for music in general and the appreciation of the details of the various musical styles aproaches him more to the electronic music; Near present, in the year 2011 and influenced by favorite artists such as Cattaneo, Sasha, Daft Punk, Deadmau5, Kolev, Hawtin and others, is inserted slowly into the world of electronic music and Djing, playing at private parties, radios and various bars in his city. Beginning the year 2012, he begins to produce his own music, and then improve their knowledge studying "electronic music production" in djspace.At the beginning of 2013 begins to share their production globally, and only at 2 weeks of this, signs contracts to launch 3 EP's on different labels, marking a style influenced mainly by the Progressive, Techno and the Deep. In the present, is artist's for Happy Hour Records (Serbia) that will release their first Ep called "Mind Contrast ' soon, MoodYouRecords (BsAs) , Voko Recordings (Spain) in which to launch other 2 Ep soon, among others.