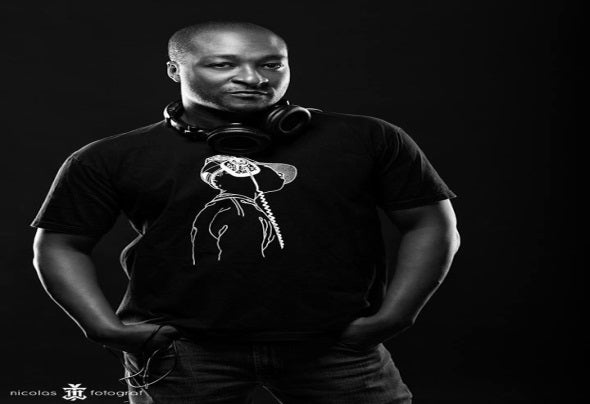 Montreal native Super Agent 33, Eric Bellamy by day, studied piano and classical guitar before focusing his talents on sound design. His early endeavours led to an award for best original score for the Quebec short film L’Exode. Working under the name Eardesigns, Eric went on to compose experimental, ambient and down-tempo tracks that fans of these genres received enthusiastically.In 2003, he shifted his focus to house and techno, and Super Agent 33 was born. His efforts in this field were rewarded when the listeners of the Nashville-based radio show Mixdown voted him among the top ten artists of 2004. For 2005, he was their first runner up for remixer/producer, and for 2006, they chose him as remixer/producer of the year. During this period, he also won remixing competitions for artists including The Project, Pete Venkman, Seven Heads and The Real Tuesday Weld.These successes drew the attention of Milan-based Total Wipes Productions, as well as Romanian producer Cristian Paduraru, who recruited Super Agent 33 not only as a remixer, but also as an A&R representative for his label.His music derives influences from a broad spectrum of styles, among them 80s Britpop, German techno, Detroit house, Afro-Caribbean tribal and Canadian new wave. Artists who have inspired Super Agent 33 include Victor Calderone, Danny Tenaglia, Depeche Mode, Underworld and New Order.In 2008, his original release The Tribe Anthem became a top seller on the Total Wipes label, who subsequently released a three-volume remix compilation based on this track.In recent years, Super Agent 33 has turned out a wide variety of dancefloor anthems for producers Undah-dub at Decibel NYC and Coolrogrox at Digital Vinyl Recordings (DVR). These labels regularly call on his talent for creating high-calibre tribal remixes of artists such as No Government, A.D. Cruze and Eva Soul, as well as Aguizi, Daemon Sick and Processing Vessel.In January 2012, his original track Evolving was featured as a Beatport staff pick, setting the tone for a year in which Super Agent 33 is delivering a new EP whose lead-off single, ShellShock, has been selected by DVR to premiere at WMC 2012. T he follow-up track, Break the Silence, debut in May 2012 at DEMF. 2012 started off with a bang. DVR launched the singleand video for Harbinger at WMC. In addition, several new SA33 originals and remixes are slated for release through DVR and Sound Vessel Recordings.As well as the debut full length album from Decibel NYC in 2014.