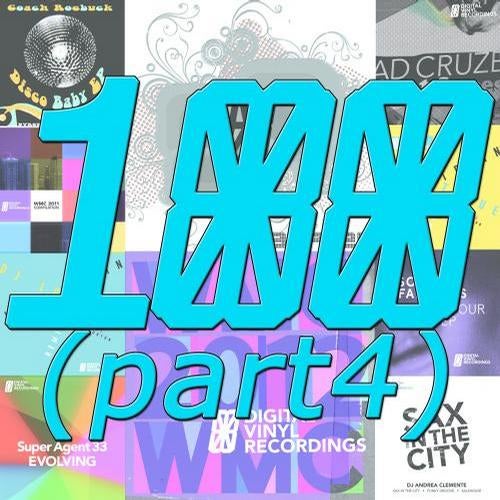 100 (part 4) is the final collection in our 100th release series and is also a best of flashback as well as a look forward featuring previously released material, unreleased remixes, and future hits! This one focuses more on our Disco/Funk and Tribal House releases, as well as our classic vocals from the past, present and future! We have been fortunate to feature some serious up-and-coming talent before they were stars (Gramophonedzie, Marcos Carnaval, PC Synergy, Undah-Dub, A.D. Cruze, Cristian Paduraru and more), but we are also lucky enough to introduce another generation of future DVstaRs including but not limited to: Stark D, Asha Edmund, No Government, Coach Roebuck, Black Buddha, Kash Trivedi, DJ Lutique, SteReO and more!